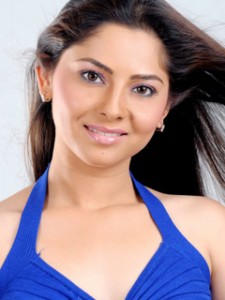 Natarang fame girl ‘Sonalee Kulkarni‘s’ dream to work in Bollywood is going to come in real. Apsara aali girl Sonalee is going to act against Ritesh Deshmukh for Movie  ‘Grand Masti‘. Grand Masti is the sequel of Bollywood comedy movie Masti” As a top marathi actress, naturally there has been a lot of curiosity about Sonalee’s Hindi debut among the Marathi audience and her fans.

Director Indra Kumar had seen Sonalee’s work in Natarang as well as Ajintha. They met at an event, afterwhich,they contacted sonalee.  Also Indra Kumar had consulted Riteish to check whether he approv Sonalee as his co-star.”

Grand Masti does not carry forward the original storyline but is an entirely new concept. “While the sequel is a step ahead of Masti in terms of wit, madness and masti, the common factor that is retained is the four men — Ajay Devgn, Riteish, Vivek and Aftab Shivdasani and the portrayal of their crazy characters.