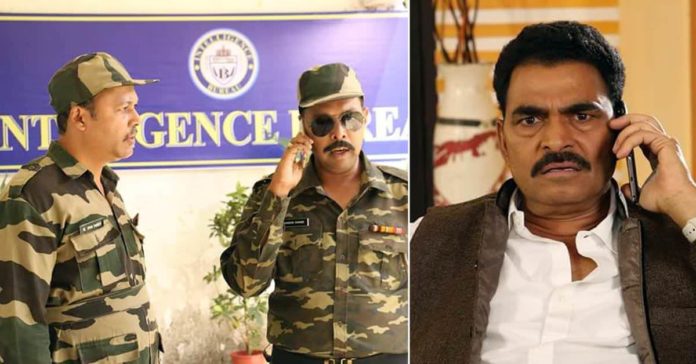 Australian based Ganesh Loke’s Shoor Amhi Sardar will be releasing on 21 April all over Maharashtra. The film is based on the current issue of terrorism. Ganesh Loke will be seen in the lead role, and as writer, producer and co-director. The film is also produced by Indo_aus Entertainment, Jhumka Films, Dr. Pradnya Dugal, Shweta Deshpande along with Loke. The film is directed by Prakash Jadhav. The film also stars Sayaji Shinde, Bharat Ganeshpure, Sanjay Mone and Shantanu Moghe in the lead roles.

Ganesh is based in the Australia for the past seventeen years. He is known as a businessman and social activist. His love for Marathi cinema has prompted him to make this film. He has earlier produced a Hindi film “Sarfaroshi” starring Ayub Khan in the lead role.

Shoor Amhi Sardar will be seen in the theatres on 21 April.