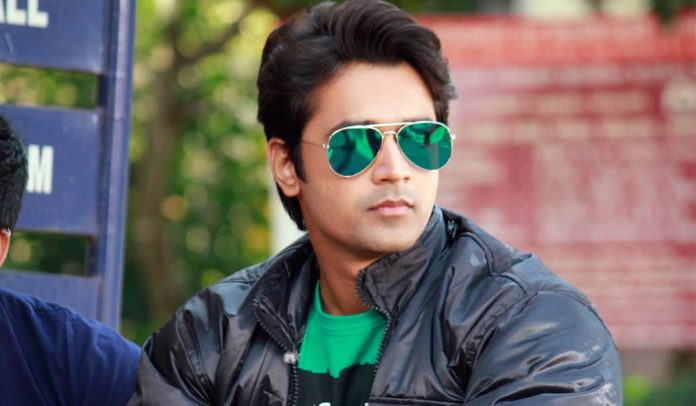 Sanketh Pathak, who is seen on Duheri on Star Pravah will be debuting on big screen very soon in a film “Dostigiri”. Juggling between the grueling shooting schedule of a daily soap and a film shoot, Sanket has managed to complete this task.

As the title suggests, this is a story about friends.This masala film also stars newcomers Akshay Waghmare, Vijya Gite, Pooja Malekar, and Pooja Jaiswal in the lead roles. The film also stars senior actors Shubhangi Latkar and Sharad Ponkshe in important roles. The film is directed by Vijay Shinde and produced by Santosh Pankar.

The story of the film is written by Pravin Wadkar and dialogue-screenplay by Manoj Wadkar. The music is composed by Rohan-Rohan and written by Ganesh Chandanshive, Jay Atre, Akshay Shinde, Sachin Awate. The songs are sung by Anand Shinde, Adarsh Shinde, Savani Ravindra, Prajakta Shukre, Minal Jain, Rohan Gokhale, Rohan Pradhan and Kavita Nikam. The executive producer is Janardhan Mane and DoP is Aniket K.
The film is releasing very soon.