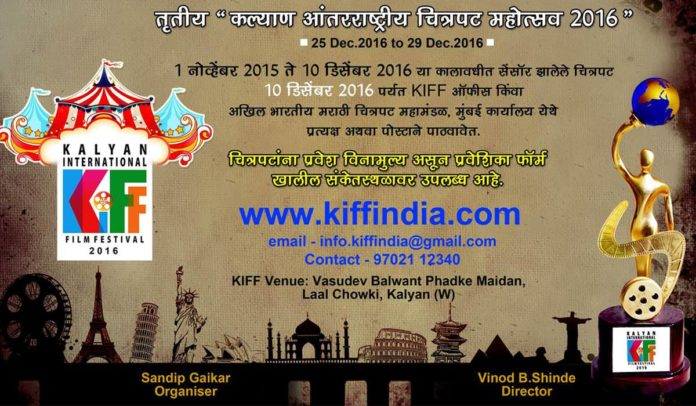 Kalyan International Film Festival has been showing good films for the past two years. The third year of this film festival has been announced. The producers can send their entries for the film till 10 December. The films will be shown in an AC tents like a touring talkies.

The festival started to increase awareness about visual arts and cultural association of the Kalyan. Many international and Marathi films have been showcased here.

The application forms are available on http://www.kiffindia.com For more information send an email to [email protected] or call Vinod Shinde on 9702112340.