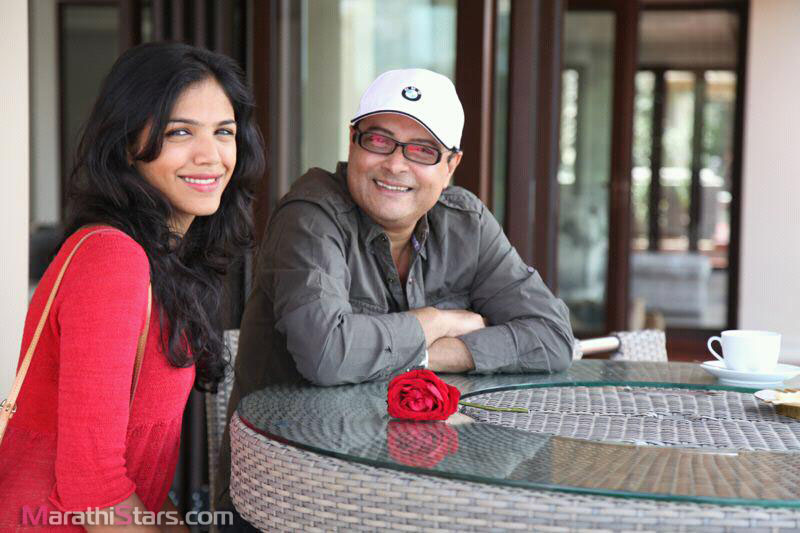 Shriya Pilgaonkar daughter of actor Sachin Pilgaonkar and Supriya is launching with Marathi film ‘Ekulti Ek‘, this movie will be directed by sachin. ‘Ekulti Ek’ is a very special film for both of them, not just because it marks Shriya’s debut but also because Sachin is launching a new style of filmmaking through this film.

Shriya Pilgaonkar had made short films like Dresswala and Painted Signal, which won appreciation at various international film festivals. She also won the World Nomad’s Travel Film Scholarship through which she got an opportunity to go to Brazil to make travel films. Shriya had initially seemed keener on filmmaking than acting. However, last year when director Karan Shetty spotted her at the Film & Television Institute of India, Pune, where she was pursuing a film appreciation course, he offered her a role in his short play Freedom of Love.

Actor Swwapnil Joshi is making a guest appearance in the film