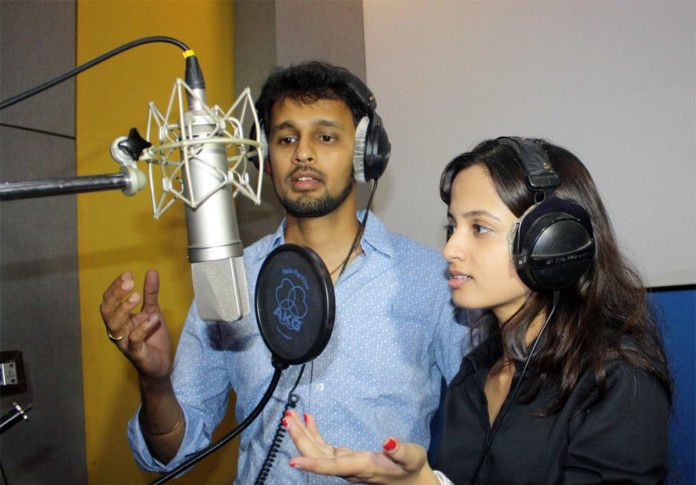 Phuntroo is a love story which is having science fiction backdrop and Actress Ketaki Mategaonkar is in lead role with different and attractive look.  In this movie we will get to see ‘Manala Manachi Odh Lagate Punha Punha’ romantic song in the voice of Ketaki Mategaonkar and Hrishikesh Ranade.  First time they sang a song together.  This romantic song written by Mandar Cholkar and composed by Hrishikesh Datar, Jasraj Joshi and Saurabh Bhalerao.

While talking about this experience Ketaki Mategaonkar said, “Glad to get a chance to sing a song with Hrishikesh Ranade.  During recording we have great tuning.  I am sure audience will love this song written by Mandar Cholkar, composed by Hrishikesh Datar, Jasraj Joshi and Saurabh Bhalerao.

Hrishikesh Ranade said, “Ketaki is an outstanding singer that is why she is successful singer as well as Actress.  I enjoyed recording a romantic song with her.”

Director Sujay Dahake also expressed his feeling about this song, “I am happy to have this song in my movie.  Ketaki and Hrishikesh both sang this song wonderfully.  Songs has its own place in movie.  You will definitely love it.