First look poster of the film Red was unveiled recently on social media. The film will be dubbed in Marathi very soon.

The film revolves around J Dey Muder case and its investigation by some crime reporters. The film is directed by Nandita Singgha who has earlier directed films in similar genres.

She sommened,“ I wanted to portray the emotions of crime journalists through the First Look Poster.” She further adds, “ One has to think like a criminal and as a crime journalist simultaneously to do justice to crime based stories as there is a concoction of mindset, motive, emotions, revelations. The Screenplay & Dialogues in crime based movies play a major role..” 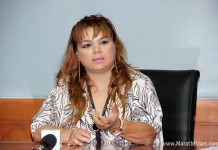