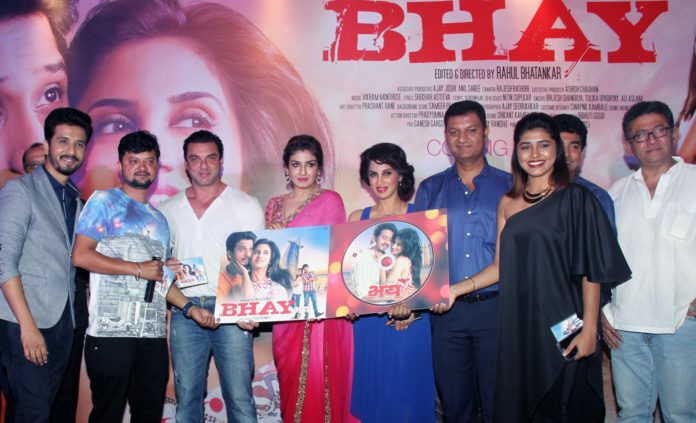 Raveena also expressed her desire to work in Marathi films soon on this occasion. Alongwith Marathi Bhay will also be released in Tamil, Telegu & Arabic languages. The film is edited & directed by Rahul Bhatankar.

Bhay’s soundtrack includes 3 songs of different genres. Out of which ‘Sajna’ & ‘Mi Aalo’ are sung by Brijesh Shandilya & Tulika Upadhyay. The soundtrack of the film is released on the label of Zee Music.

Bhay is all set to release very soon in cinema halls & has a brigade of actors like Abhijit Khandkekar, Uday Tikekar, Satish Rajwade, Smita Gondkar, Sanskruti Balgude & others. The film is an psychological thriller & depicts basic human feeling of fear.