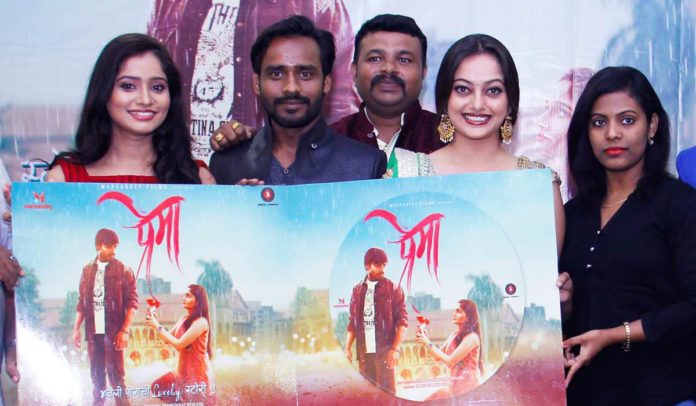 Recently music launch of the Marathi film Prema was held at a grand function. The music was released by Mansi Naik. The trailer for this film was also released. The film is directed by Sadanand Dnyaneshwar Ippakayal.

The songs for this film has been penned and composed by Shekhar Anande. Reshma Sonawane has sung item song “mee gulabi note don hajaaracee”. This song has been picturised on Mansi Naik. Avdhut Gupte has sung Duniyechya Aaeechaa Gho, and Swapnil Bandodkar has sung Prem Sindhu and Tujhe Athavan Ka Yete.

The executive producer is Mangesh Ramchandra Jagtap and Maruti Tainath. The film will be releasing soon.