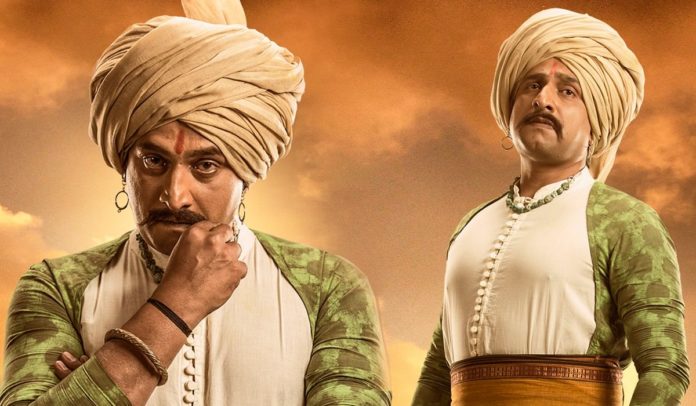 Prasad Oak is widely known as an actor of a great calibre. He has portrayed many iconic roles from Mahatma Phule to Bajirao Peshwa & now he is all set to play the first ever Marathi spy, ‘Bahirji Naik’ known as a spy in the Hindvi Swarajya! In the upcoming historical war film ‘Farzand’ we will be seeing Prasad Oak as Bahirji Naik! Directed by Digpal Lanjekar & produced by Anirban Sarkar this film is presented by ‘Swami Samarth Movies’ & is set to release on 1st June.

Many historical names from the Shiv era haven’t really been known to the people of today. Bahirji Naik had the complete trust of Chhatrapati Shivaji Maharaj & they wanted him to become a spy after realizing his skills & talent. Bahirji Naik knew around 14 spoken languages of those times & he was brilliant in changing his get up!

Ever since the first look of Prasad Oak as Bahirji Naik has been revealed the audiences have reacted very positively towards it! ‘Farzand’ is already a highly awaited film but now the eagerness among the audiences to watch this film is on another level! ‘Farzand’ releases on 1st June all over Maharashtra.