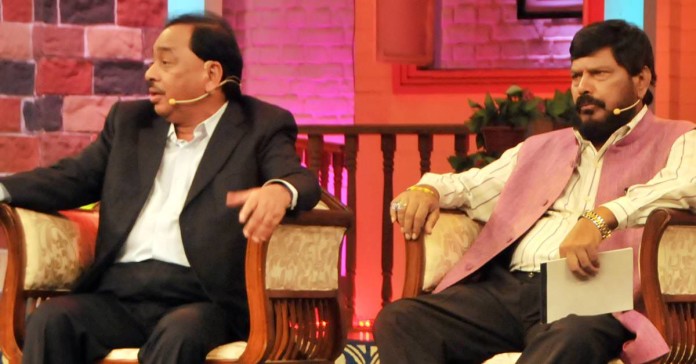 Anchor Dr. Nilesh Sable entertains audience along with his team i.e. Thukhratwadi family members in this comedy show. ‘Chala hava yeu dya’ comedy program seen in almost every marathi family. This program has won many awards in 2015. This is a new way of promoting Marathi films, dramas & serials. 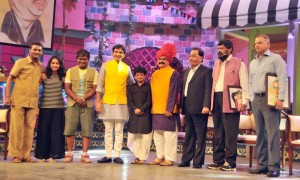 First time people from political area entering in this show. Narayan Rane, Ex C.M. of Maharashtra, Son and Leader of Konkan with his dashing personality and speech will be on this show. As a part of program, fantasy letter has been written by ‘Varsha Bungalow’ (a government residence allotted to every Chief Minister) remembering Mr. Narayan Rane. Rane also became very sensitive when this letter was read by one of the Character of Thukratwadi Postman. Shri. Rane shared his many memories of his political journey along with his days with SAHEB Shri Balasaheb Thackrey.

There is full entertainment of Ramadas Athavale’s special poems on Gabbar’s character of Sholey film. Ramdas Athavale who is now very famous due his foreign visit along with P.M. shri Naredra Modiji. Audience will enjoy Ramdas Athavale in full to mood of masti, dhamaal.

Watch such amazing full on entertainment in coming two special episodes of Chala Hava yeoo dya on 23rd & 24th November at 9.30 p.m. only on Zee Marathi.