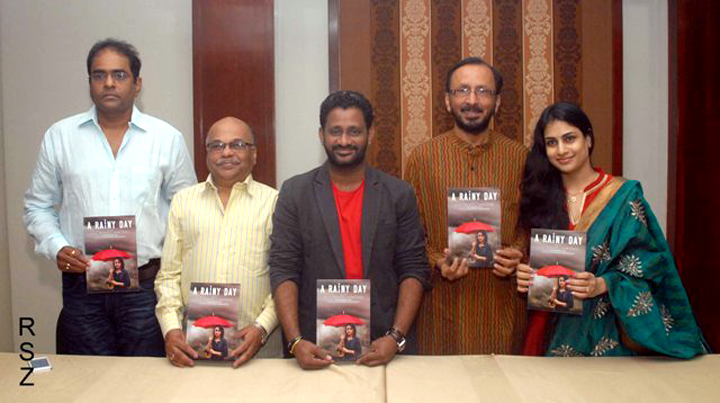 Marathi film industry is now taking rapid strides in its attempt to step out of the shadows of its richer cousin, Bollywood. Even well-known Bollywood actors like Shreyas Talpade and Riteish Deshmukh are stepping up as producers which are only making things look up for Marathi cinema.

With the intention of matching the standards of international cinema, popular Marathi director Rajendra Talak has now roped in Academy Award winning sound director, Resul Pookutty for his venture titled A Rainy Day. Resul, who has for the first time shared his talent of sound designing with the Marathi film industry, said that the entire project was extremely challenging as the film has only sound and nothing else. “It was a delight to work on A Rainy Day. I had to devise multiple layers to create the sounds of rain as it is a constant factor in the film. This is my most challenging work till date.”

Speaking about his movie, director Rajendra Talak said: “This film is our small initiative to highlight the problem of corruption in the society and how it affects the families. Till date I’ve worked on several regional movies but now for the first time I’m working with such a great talent like Resul Pookutty and I am grateful to him. I’m really excited about this movie and with the support of such a great team, I am certain that this movie will touch many hearts”, said director Rajendra Talak.

A Rainy Day is the story of a go-getter and an achiever, Aniket (played by Subhod Bhave) who resorts to immoral and illegal ways to grow rich. The film revolves around corruption, Aniket’s wife’s extra-sensory powers, their shattering married life and Aniket’s never ending desires.