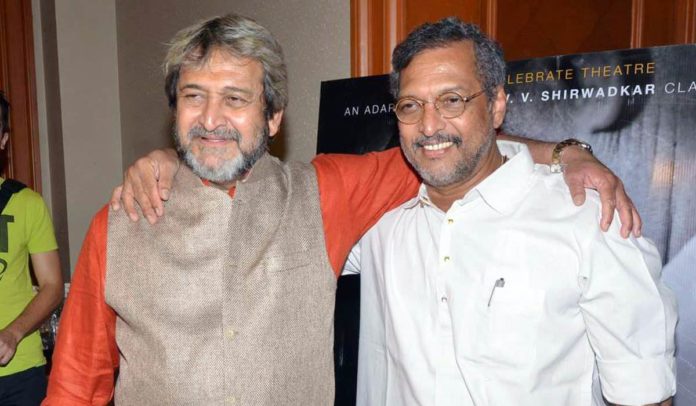 Very few times an actor finds a director who matches his/her wavelength, the same applies to the director while finding the right actor. Earlier in 2016, we saw one pair that worked out their wavelengths perfectly & gave us a blockbuster in the form of ‘Natsamrat’. The film has almost got a cult status in so less time. Not just the Marathi audiences but all Indian audiences watched & appreciated the film.

That’s the reason we are not sure that Nana Patekar & Mahesh Manjrekar’s upcoming film ‘Nation First’ is in Marathi or Hindi. Whichever language it may be in, one thing is for sure that it will be a good film & we are already excited for it.

Usually Mahesh Manjrekar is known for films that are lengthy in runtime but this time ‘Nation First’ is supposedly only 100 minutes long. This will be an interesting experiment on Mahesh Manjrekar’s part. All of us are aware that when a film’s runtime is around 100 minutes it will be one sharp & tension filled film with either thrilling or exciting elements. So now we can wait for ‘Nation First’ predicting it to be another blockbuster just like ‘Natsamrat’.