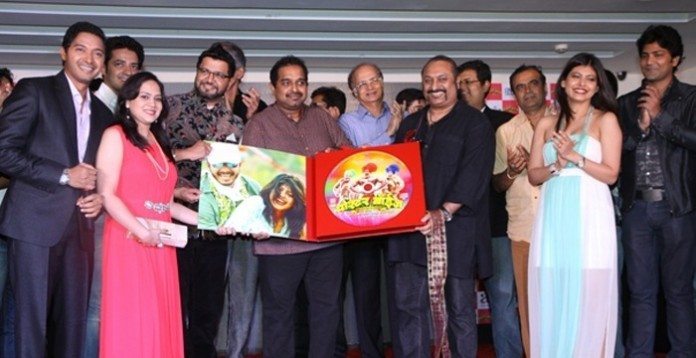 Shreyas said, “We have tried to keep a good balance reaching out to maximum people. Leslehas the understanding of traditional Maharashtrian tunes and can connect with the taste, of the contemporary Marathi youth at the same time..”

Composer-Singer Lesle Lewis said, “Shreyas and Sameer were sure that they wanted only three songs with all three tracks having a very specific purpose. The Title track was a lot of fun to create but the best part was the opening song. We have for the first time, fused a romantic number, a Lavani song and a Bhajan in the same song.”

When asked as to why the film has only three songs, he said “Songs in films need to have cinematic and creative relevance and not just be marketing gimmicks. The title track of “Poshter Boyz” is a pure promotional number and as you will see once the film releases.