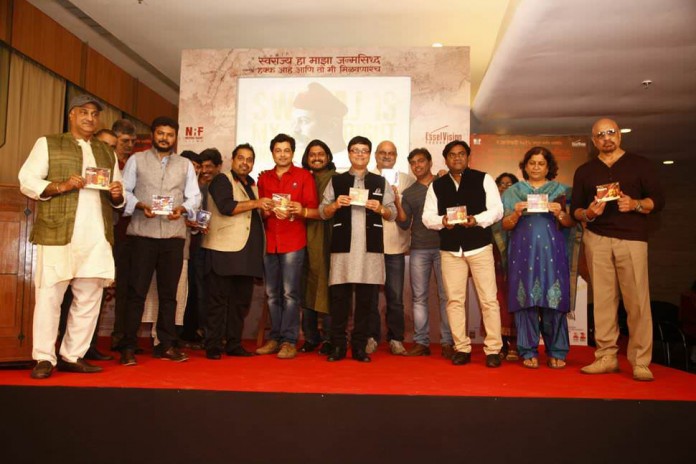 A music launch event of upcoming Marathi film “Lokmanya- EkYugpurush” happened in Mumbai recently. The music was launched by Sachin Pilgaonkar and Shankar Mahadevan. The film is directed by Om Raut and music is given by Ajit-Sameer. The event was made spectacular by live performances and trailer of the movie.

Subodh Bhave, one of the most promising actors of Marathi Film Industry, will be playing the role of Bal GangadharTilak in this film. While speaking on this occasion he said, “It was my destiny that I gorthe opportunity to play this role of a great freedom fighter.”

Sachin Pilgaonkar was overwhelmed with the music of this film. “This was Herculean task, which OM Raut has completed. The subject is larger than life and I wish all the best for this film.”

Shankar Mahadevan also commented that being part of this film will be a milestone in his career. “Such projects are very rare, and being associated with this project gave me an insight about the past and the future as well”

The cast and crew of the film, musician Ajit-Sameer,director Om Raut, Subodh Bhave, Chinmay Mandlekar, Producer Neena Raut, Nitin Keni and other dignitaries were present for this event.