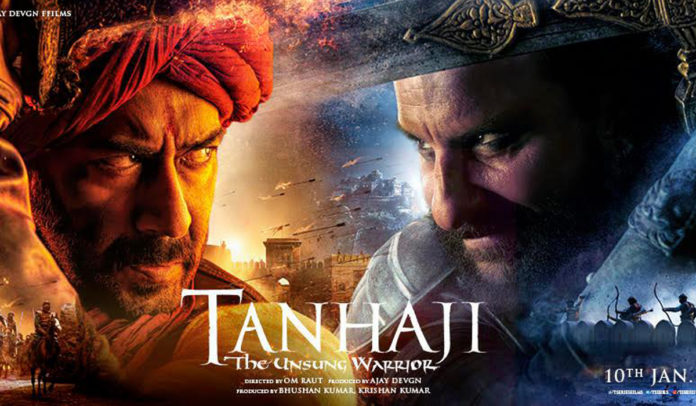 The highly awaited biopic of one of the greatest warriors in Marathi history Subhedar Tanhaji Malusare, Chatrapati Shivaji Maharaj’s deputy is releasing in theatres on 10th of Jan, 2020. The film has been directed by Om Raut of ‘Lokamnya’ fame & is produced by Ajay Devgn who also stars in the film in the titular character.

The film is made primarily in Hindi but with a flavor of Marathi to it, but Marathi audiences could now enjoy the film in complete Marathi as the Marathi dubbed version of the film is also releasing on the same day as the Hindi version. And without any intervention by any political organization. 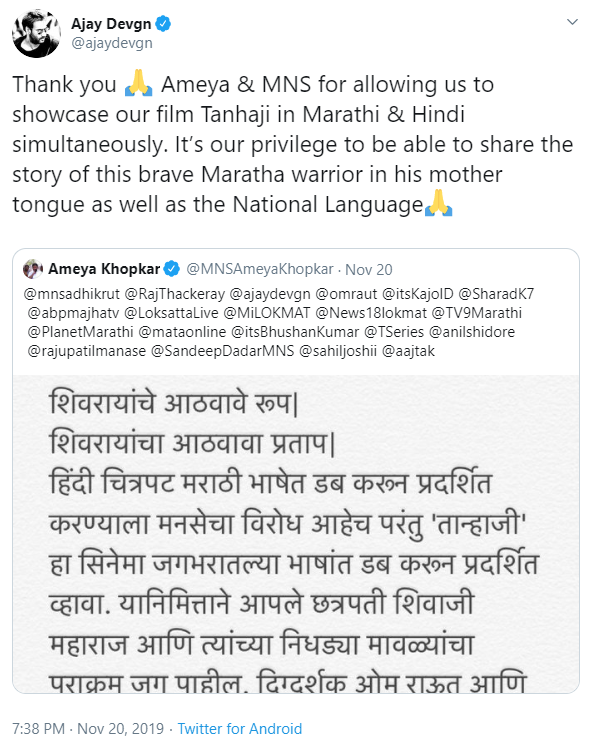 Maharashtra Navnirman Sena has been adamant about Hindi films releasing in Marathi dubbed versions in recent times. However MNS Chitrapat Sena chief Ameya Khopkar has stated that they don’t oppose the release of ‘Tanhaji‘ in Marathi, as they believe that the bravery of such Marathi warriors should be shown to all in all languages. He has even congratulated director Om Raut, Ajay Devgn and their team for the film’s success.