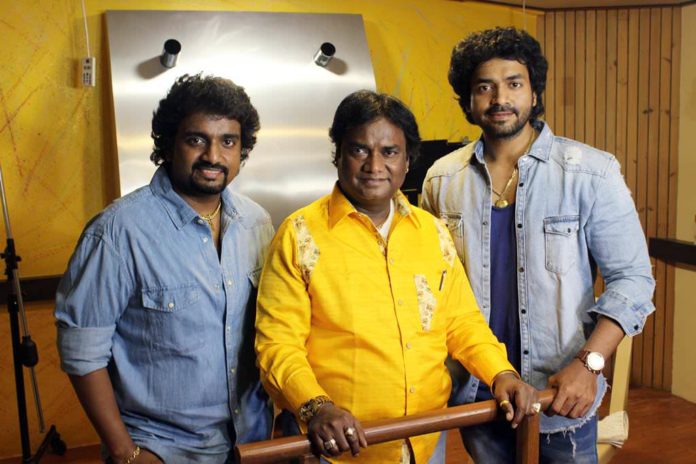 From ‘Navin Popat Ha’ to ‘Ganpati Aala Ani Nachat Gela’ Anand Shinde has been the crowd favourite for a long time. Now Maharashtra’s favourite singer is all set to turn a film director! Sai International Films & Shindeshahi Films presents ‘Nandu Natvare’ to be directed by Anand Shinde. This film is out & out comedy & the shooting of the film will soon commence.

The ‘Muhurt’ of this film was celebrated by recording a ‘Lok Geet’ from the film at a studio in Mumbai. This song is sung by Anand Shinde himself & it would also end up being a big hit like his other songs. Another special aspect about the film is that this film will Anand Shinde’s son Utkarsh Shinde who’ll be making his acting debut in this film.

The music of the film too is done by the Shinde family by both Adarsh Shinde & Utkarsh Shinde. This film is produced by first time producers Umesh Jadhav, Shambhu Ohal, Vijay Jagtap & Arvind Adsul under their organization ‘Sai Agro Tech’. The film stars many well know actors but their names have currently been kept under wraps.