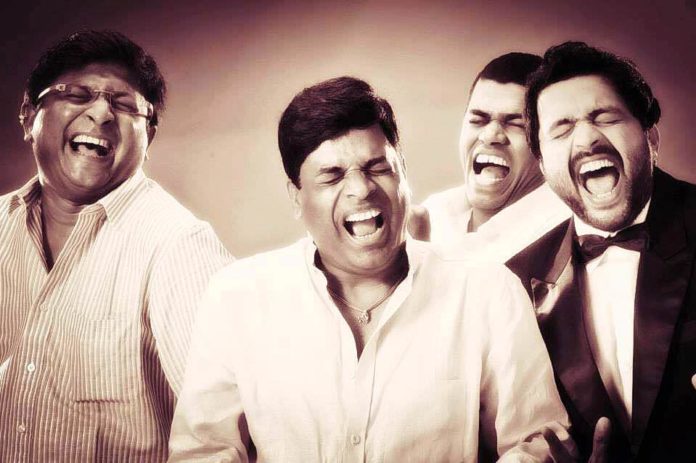 Whenever Kedar Shinde, Bharat Jadhav and Ankush Chaudhari has teamed up for a project, a brilliant art is born. Right from All The Best to recently released Aga Bai Arechya 2, the group has been successful to give box office hits. The trio will be soon working together once again in a film called Kalla. The film will also star Siddharth Jadhav and Alka Kubal.

Recently, Siddharth Jadhav tweeted about this film in one line “Marutatmaj Mera Naam, Superhero banana mera kaam”. Though this does not clearly tell us anything about the film, yet we can surely tell that this will be another comedy film by Kedar. Bharat, Ankush and Siddharth have given us many comedy hits in the past. Bharat’s Punha Sahi re Sahi (directed by Kedar) has been doing fantastically on the stage.

The film also stars Alka Kubal in a different role. Alka has been away from the screen for many years and her comeback film will be anticipated by the audience. Kalla produced under the banner Bharat Jadhav Entertainment Private Limited.