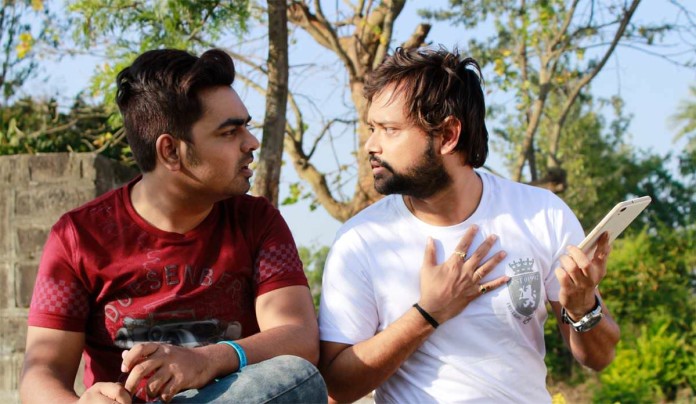 The smart generation of todays prefers to work in theor favourite field rather than running behind just college degrees. Two such smart youths will be seen in a smart film called Jalsa. The muhurat of this film was performed recently. The film stars Bharat Ganeshpure in a lead role whose impeccable comic timing has made him a household name.

The film deals with Amar and Prem, sons of a rich industrialist and more interested in films than their business. How they overcome to work in for their passion and what help they get from their maternal uncle makes the comic crux of the film.

The film has been produced and directed by Ashutosh Raj. Abhiram Bhadkamkar has written the film and he has also worked as a creative director for this film. The film stars Ashutosh Raj, Nikhil Vairagar, Sagar Karande, Abhijit Chavan, Arun Kadam, Ankur Vadhave, Girija Joshi, Sheetal Ahirrao and Sonali Vinod.
The film will go on the floors very soon.