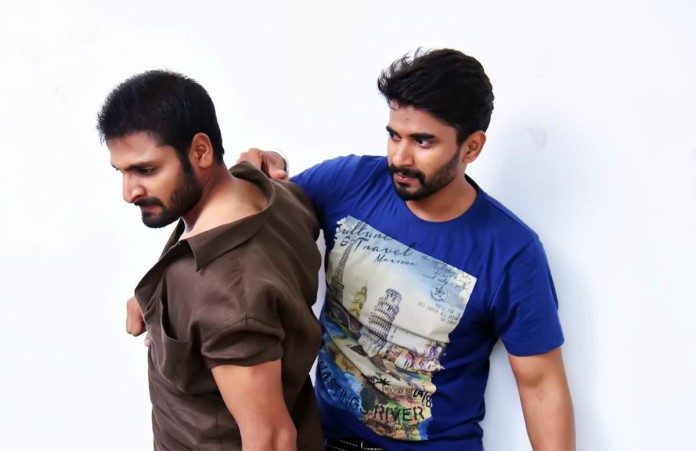 Vijay Andalkar is the new handsome face of Marathi film industry. Recently he worked in 702 Dixit’s movie in lead role and now he is coming in negative role in ‘Mr. & Mrs. Sadachari’. In Mr. & Mrs. Sadachari movie he has played the role of boy who has a background of rich family. He has very well played this role which is having negative shade.

In this movie Vijay have some action sequences with his co-star Vaibbhav Tatwawadi. Shivaji Raj who is the fight master from south has picturized the fight scenes between these two actors.

“We have got to learn a lot while working with Master Shivaji Raj. In the beginning we had some difficulties about understanding each other’s language but then it has been solved”, said Vijay Andalkar.

Without any safety protection fight scenes of Vijay and Vaibbhav has been picturized but in this fight scenes Vijay get injured.

“Nearly 8 days we have completed scene without any dialogues. This type of one side real fight is attempt for the first time in Marathi film industry”, he added.