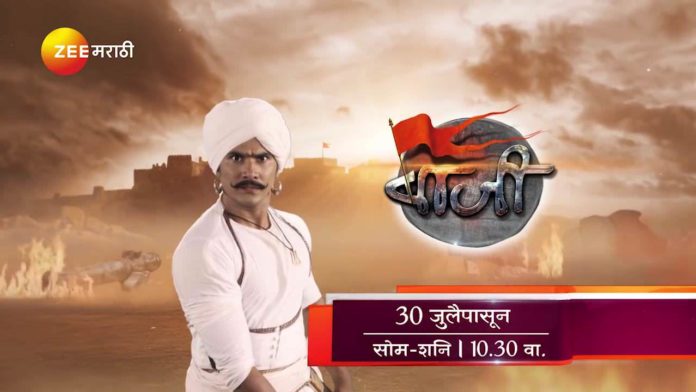 Zee Marathi’s ‘Grahan’ serial is all set to reveal it’s big suspense as it soon it will be going off air. ‘Grahan’ will be replaced by an ambitious serial, ‘Baji’ an historical epic based in the times of Peshwa rule.

The shooting of ‘Grahan’ was finished last month itself. ‘Grahan’ will end it’s telecast by this week. ‘Baji’ is again a limited 100 episode serial that will be replacing it. In the later half of the Peshwa rule both Nizam & the British came together to end the Maratha rule. Inspired by these true events a fictional story has been created in ‘Baji’ serial.

It’s believed that a spy named ‘Shera’ was sent in the Peshwa Rule to kill the Peshwas within 100 days. Zee Marathi’s business head Nilesh Mayekar says this storyline is also inspired by the style of G. N. Dandekar’s novel. He also clarified that though this serial inspired by true events, the serial is a fictionalized story.