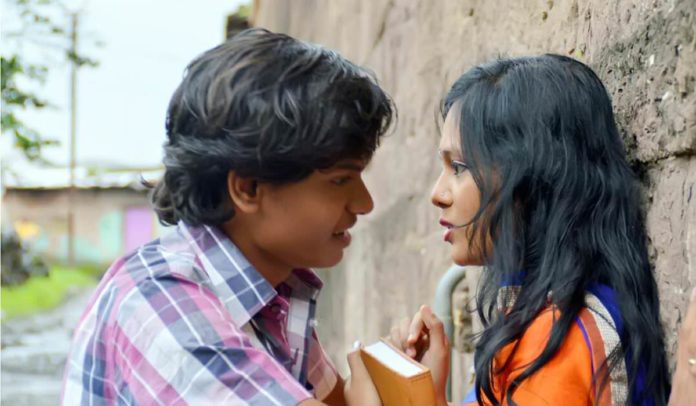 Atumgiri is an upcoming Marathi film starring ‘Dhag’ fame national award winning child artist Hansraj Jagtap. Though now Hansraj has grown up & he plays the hero in ‘Itemgiri. The film has already created a lot of buzz among the audience especially because of the songs that have gone viral on social media.

During the shooting of a romantic scene between Hansraj Jagtap & Dhanashri Meshram, Hansraj was a little reluctant. He says that he had never hugged a girl before hence it was a little awkward. The directors even played the songs of the film to bring him in a romantic mood. But even that didn’t work. Finally the directors Pradeep Tonge, Mangesh Shendge had to do the scene themselves to show it to Hansraj.