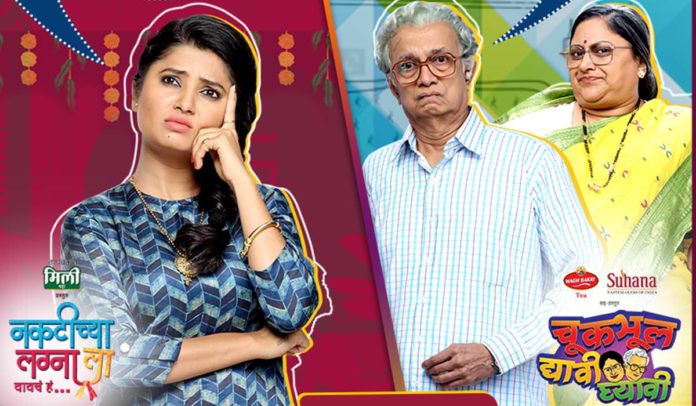 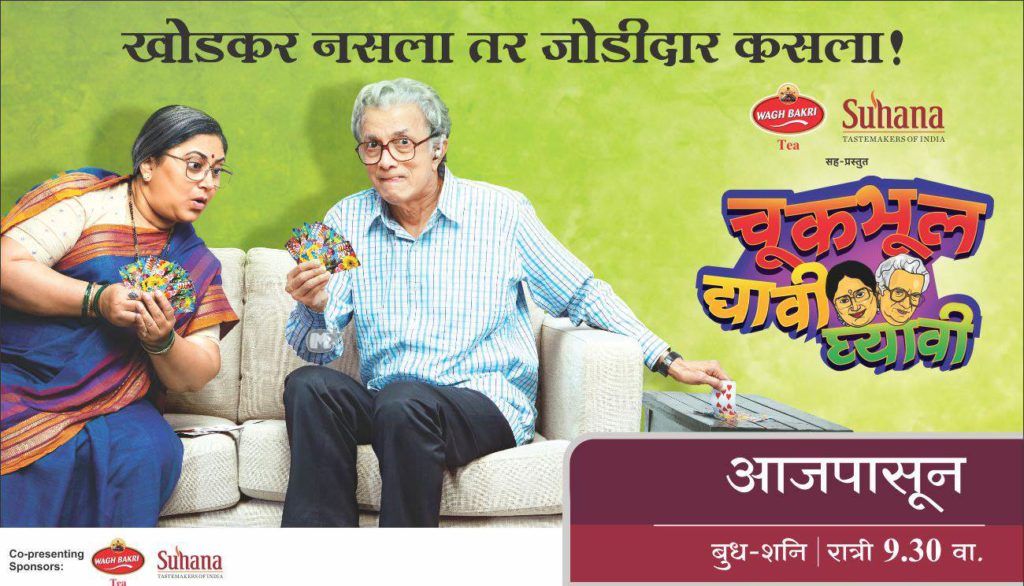 ‘Chukbhul Dyavi Ghyavi’ is produced by popular actress Manava Naik & directed by ‘Tendulkar Out’ fame director Swapnaneel Jaykar. The screenplay & dialogues are written by one of the leading contemporary female writers, Madhugandha Kulkarni! ‘Chuk bhul Dyavi Ghyavi’ belongs to an aged couple; Rajabhau & Malti. They are almost in their 80s but are still passionately in love with each other. Rajabhau is evergreen at heart whereas Malti stresses him to accept his real age! This funny conflict causes conflict between the two & exciting entertainment for us! The 103 year old character of Rajabhau’s mother is played by Naina Apte, whereas the younger versions of Rajabhau & malti are portrayed by Priyadarshan Jadhav & Sneha Phatak.

‘Naktichya Lagnala Yaycha Ha’ is a story that belongs to ‘Deshpande’ family. They live in an old mansion. Damodar Deshpande has two sons Chandrakant & Suryakant, daughter Shaila & her husband Jayanta. Suryakant’s daughter is fondly called as ‘Naktu’, the protagonist of the story. The story revolves around her marriage as that becomes a necessity for the old mansion to be replaced by a new building as that’s what Damodar Deshpande’s last wish is. There are further romantic & funny twists to the story.

So don’t forget to watch the brand new entertainment package by Zee Marathi from 18th Jan!