Popular Marathi rapper Shreyash Jadhav’s produced ‘Bus Stop’ will soon be releasing in theatres. This Sameer Hemant Joshi directorial recently revealed it’s teaser poster in an hatke launch event. The poster was launched in the open bus ‘Neelambari’ in the presence of the whole ‘Busstop’ team. Not just that the launch event also turned out to be a quick tour of Mumbai. 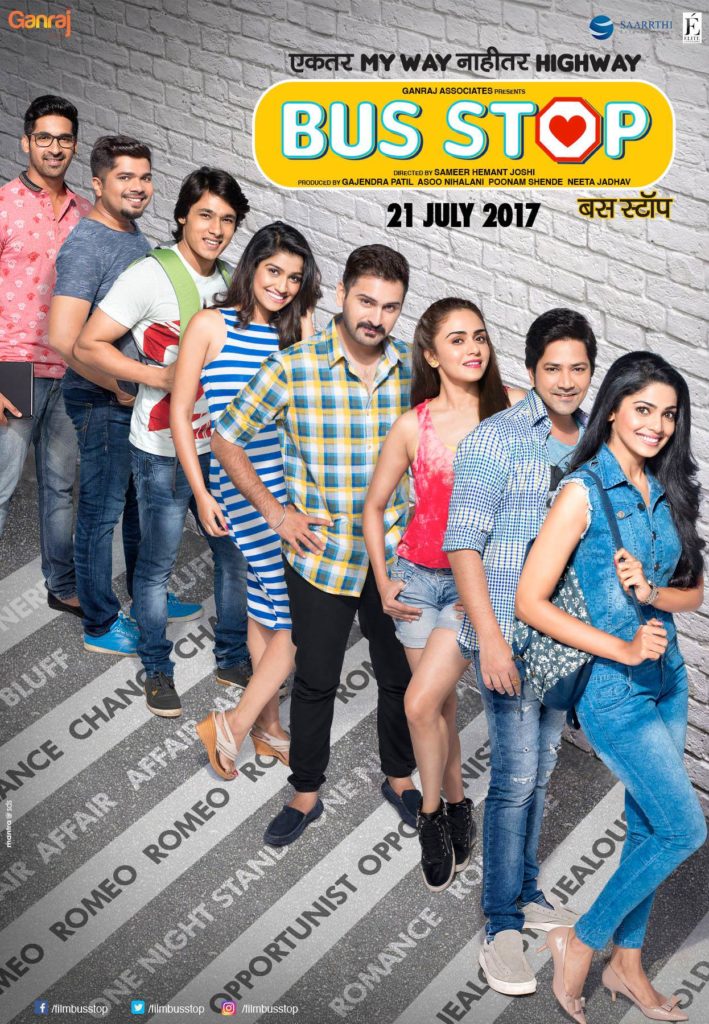 Ganraj Associates presents ‘Busstop’ is also produced by Poonam Shende, Gajendra Patil & Aasu Nihalani. Along with the above mentioned youth actors the film also stars veteran actors in important role which include Avinash Narkar, Sanjay Mone, Sharad Ponkshe, Uday Tikekar & Vidyadhar Joshi. And this way film will portray the communication between the old & new generation. This multi-starrer entertainer is set to release on 21st July.