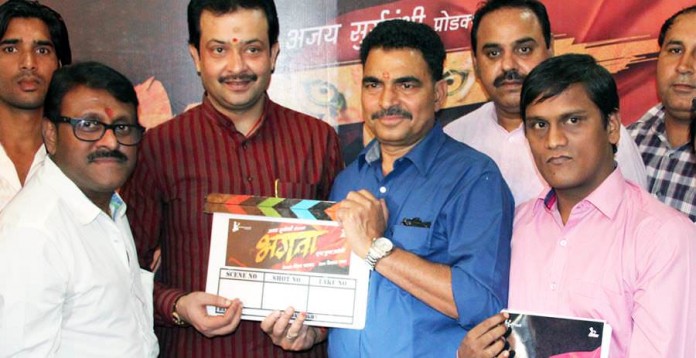 “My film will serve as light house for young generation showing the right path. We want to show why it is necessary to awaken ideals of Chhatrapati Shivaji Maharaj in youth today,” said producer Ajay Suryawanshi on the occasion of muhurt.

Producer Ajay Suryawanshi expressed his wish to make this film in Marathi, Gujarati and Hindi. Search of actor for playing the central character is on as he should know all the three languages. Ajay has earlier made films like REMAND HOME, BLACK HOME and few other.