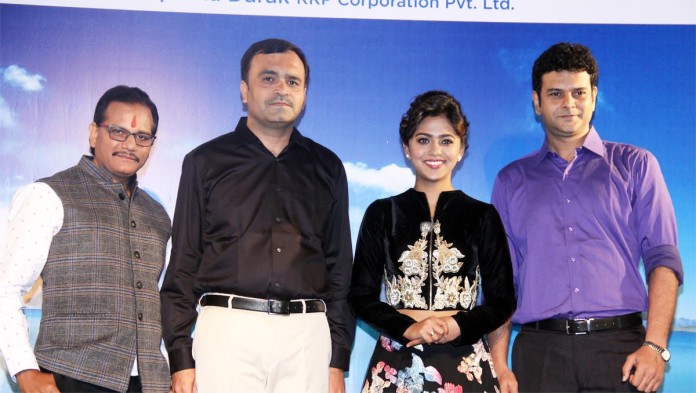 Anurag, a film based on an emotional journey of a couple will be releasing on 21 January all over Maharashtra. The film has only two characters which are played by Dharmendra Gohil and Mrinmayee Deshpande. Anurag has been shot entirely at the picturesque locations of Leh Ladakh at 18,500 feet above sea level. The first look of this film was unveiled in an event recently.

The film’s DOP Suresh Deshmane was felicitated for completing 25 years in Marathi film industry in this event.

Anurag is based in a couple’s journey in a relationship, their problems and solutions. The film has been written and directed by Dr. Ambrish Darak. Mrinmayee, leading lady of the film has co-directed this film. Lyrics have been penned by Guru Thakur and music has been composed by Sameer Mhatre. The film has been produced by RRP Corporation Limited and presented by Mrinmayee Deshpande creations.