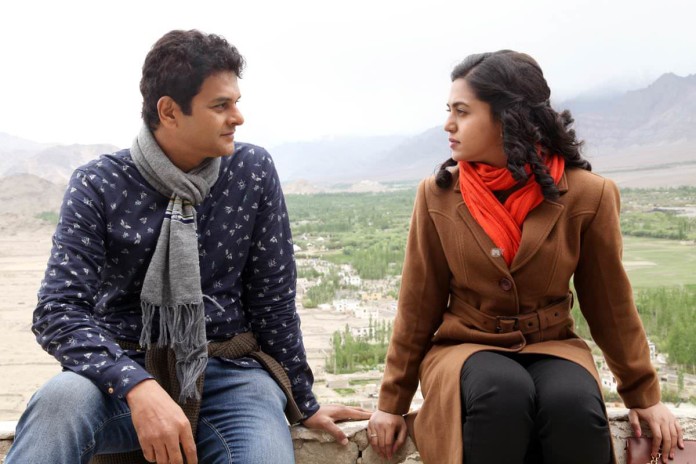 Anurag, a film based on an emotional journey of a couple will be releasing on 11 March all over Maharashtra. The film has only two characters which are played by Dharmendra Gohil and Mrinmayee Deshpande. Anurag has been shot entirely at the picturesque locations of Leh Ladakh at 18,500 feet above sea level. Shooting at such location was a challenge for the cast and crew of the film as the nature temds to be very unreliable at such heights. However, the crew managed to get desired shots despite of moody weather. Both actors have to struggle a lot to work on such atmosphere.

Anurag is based in a couple’s journey in a relationship, their problems and solutions. The film has been written and directed by Dr. Ambrish Darak. Mrinmayee, leading lady of the film has co-directed this film. Lyrics have been penned by Guru Thakur and music has been composed by Sameer Mhatre. The film has been produced by RRP Corporation Limited and presented by Mrunmayee Deshpande creations.