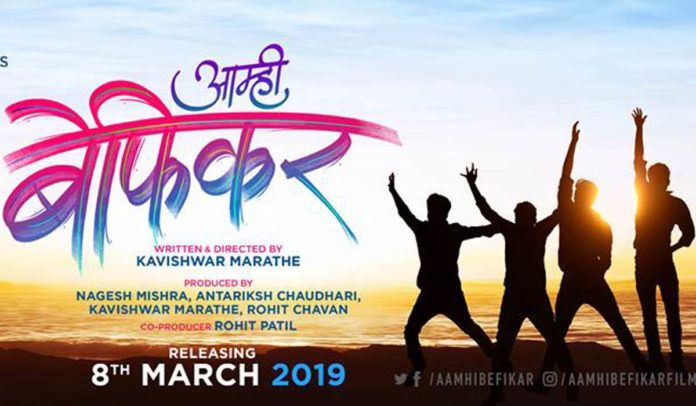 Starring a fresh new pair of Suyog Gorhe & Mitali Mayekar, ‘Amhi Befikar’ is an upcoming Marathi film that promises to be a youthful entertainer. From all the fun we have in college life with our friends & even after thinking about our careers we still live a free-spirited life, the film deals with the same phase in the lives of four friends.
Produced by Nagesh Mishra, Antariksh Chaudhary, Kavishvar Marathe & Rohit Chavan under the banner ‘Harihar Films’. The film is based on the thought that while chasing one’s dreams one loses a lot, & then with the lessons thought by life once again learns to dream again! The film makes an essential communication with today’s youth through portraying their life on screen.
Along with Suyog & Mitali, the film also stars Rahul Patil, Swapnil Kale & Akshay Hadke in important roles. Recently the poster of the film was revealed online & it has excited the audiences. The film releases in theatres on 8th March 2019! Till then keep visiting MarathiStars for more updates about this film! 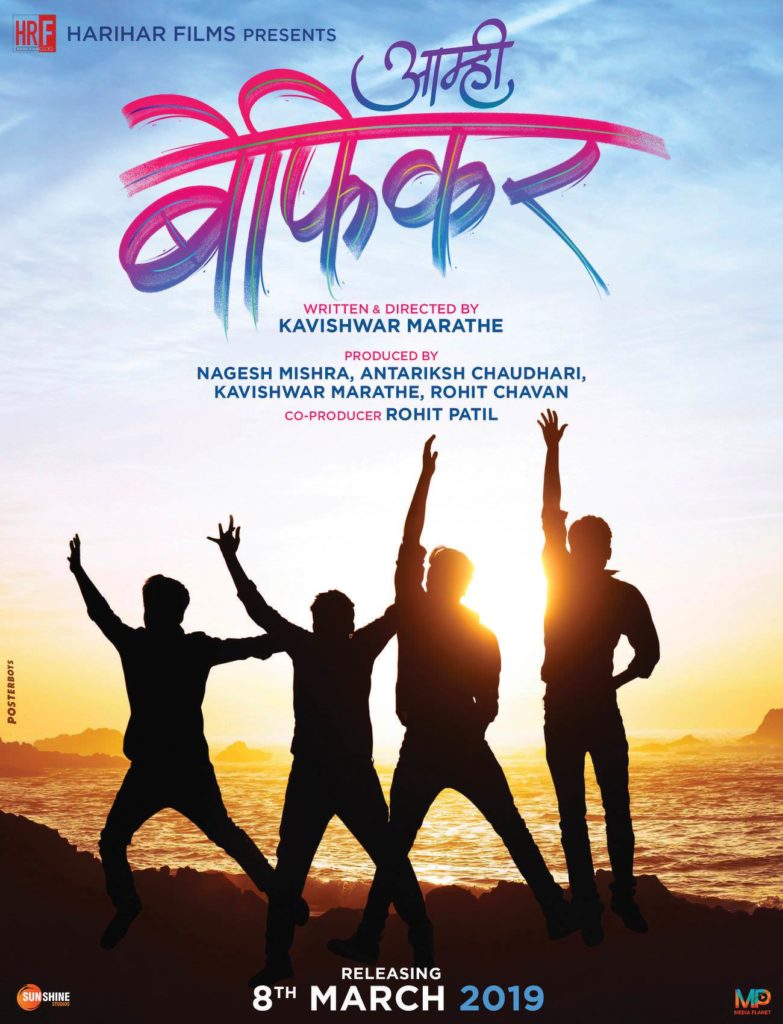