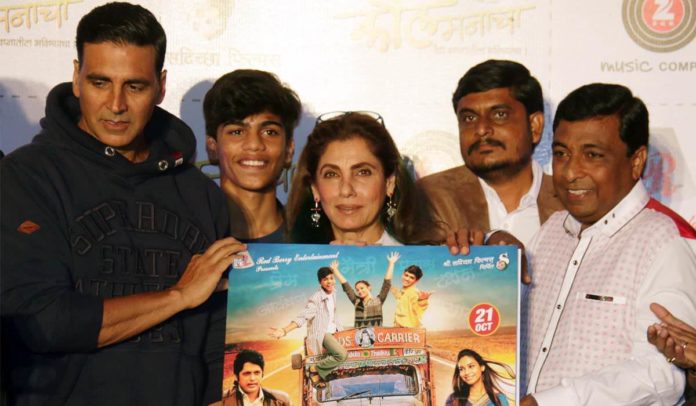 After showcasing the trailer of this film Akshay interacted with the journalists about his first love from the school. He said that the film trailer has reminded him of his childhood. “Marathi films are getting bigger and can earn more than Bollywood in terms of profit-cost ratio” he commented.

The music has been composed by Rohan Rohan and songs are penned by Manoj Yadav. Tick Tock is a fun song sung by Prajakta Shukre, Rohan Pradhan and Rohan Gokhle. Manmanjiri- a romantic song is sung by Armaan Malik and Shreya Ghoshal. “Kaul Niyateeshee” is sung by Adarsh Shinde.