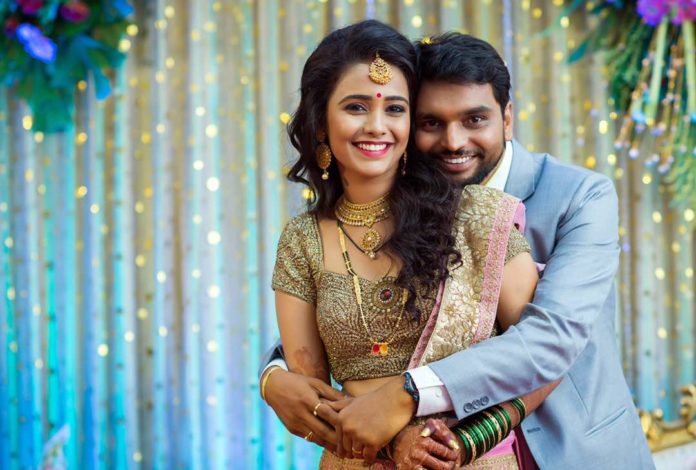 It’s good to see that now Marathi audiences too are welcoming married actor/actress unlike in the past when staying single used to be an essential thing for popular actors & actresses. Before becoming an actress Akshaya completed her education from Welingkar Institute of Management & later started working as a freelance actress & model. Her performances in different one act plays made her famous as an actress to reckon with.

Her co-actresses from Love Lagna Locha Ruchita Jadhav & Siddhi Karkhanis surprised Akshaya when they attended the ‘Haldi’ ceremony of her wedding. We wish both Akshaya & Bhushan lots of happiness & good fortune in their personal & professional lives.