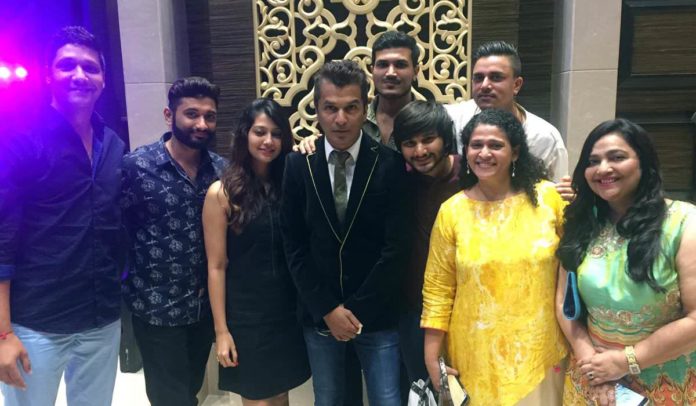 For the first time in Marathi cinema a team from Bollywood is going to work on a Marathi film. Bollywood fashion designer Vikram Phadnis has turned director-producer with his upcoming Marathi film ‘Hridayantar’. This Subodh Bhave-Mukta Barve starrer ‘Hridayantar’ film’s shooting commenced recently with a huge event in December.

The reason behind this is ’ close relations with Bollywood filmmakers Abbas-Mustan. He has worked with them on more than 10 Bollywood films as a costume designer & they are close friends. The exact same crew that works for Abbas-Mustan is now working with Vikram for ‘Hridayantar’. From cinematographer, other technicians to assistants of different departments all are the same people!

Both twin brothers Abbas &Mustan were present at the ‘Mahurat’ event of ‘Hridayantar’ & wished all the very best to VikramPhadnis for his debut film as director-producer in Marathi!