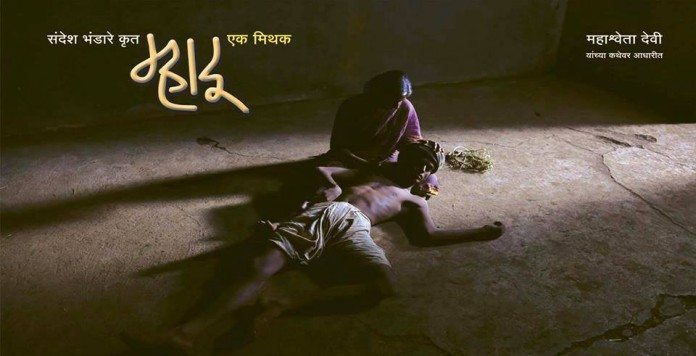 Story : Mhadu, a Korku youth, is smuggled into Mumbai in a state of emaciation by a doctor couple looking for international fame through an experiment they intend to perform on a starved tribel. Dr Deepak Apte, a committed doctor, who has spent time and written about malnutrition among the Korkus of Melghat, is sceptical about this experiment.

The film uses flashback to throw light on the issue of hunger deaths among tribals. It traces back their story to the imperial system of extortion that held India in an almost continuous state of starvation throughout the latter half of 19th century, beginning with the building of the railway network in the sub-continent.

Dr Apte realises the folly of the globalised development model and tries to expose the exploitation of tribals by politicians, bureaucrats and contractors, but ends up paying the price; he is bundled out of Melghat by the NGO he is working for.
Mhadu begins to respond to the modern treatment called ‘sole nutrition drip.’But the triumph is short-lived as his hunger gains monstrous proportions threatening everything around him in India’s financial capital.His hunger is unleashed upon Mumbai as originally depicted in Mahasweta Devi’s “Mhadu”, which inspired this film.