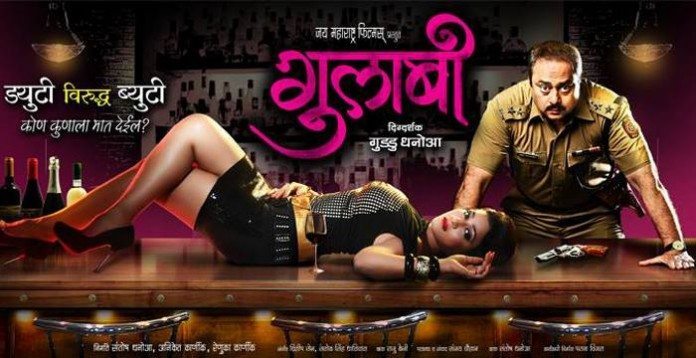 Plot outline : Gulabi is the Marathi feature film which deals with the topic of dance bars, the employees of dance bar industry, and the repercussions of the ban on dance bars on society.
The story shows multiple angles to a single issue and mainly revolves around Sachin Khedekar who plays an ACP along with Bhojpuri superstar Pakhi Hegde who plays a bar dancer and the system which governs them.
A must watch for all Pakhi and Sachin Khedekar fans, and especially for people who like films surrounded by real life social issues.