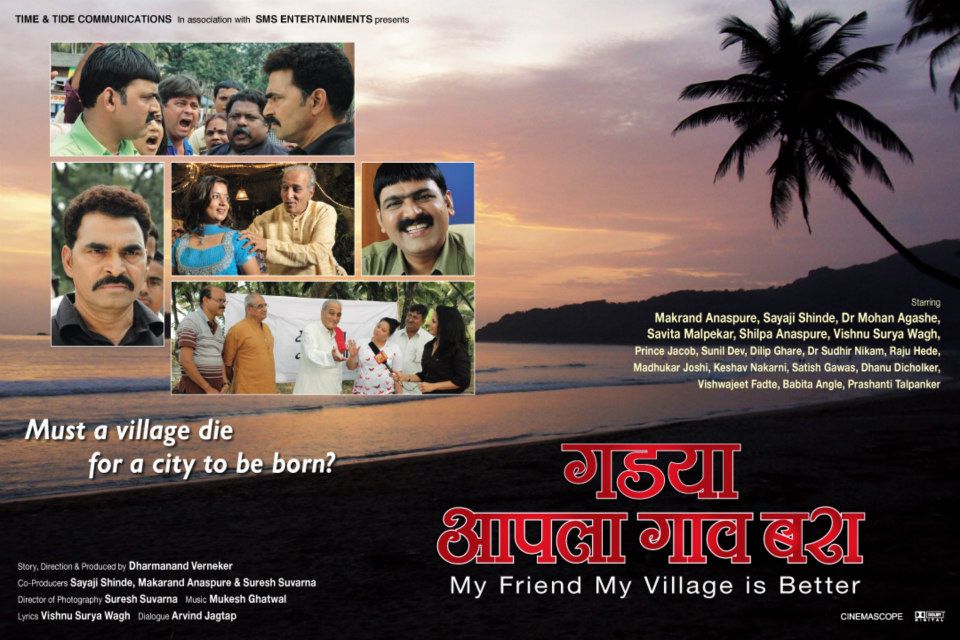 This Film is in, tune with the sum and substance of Goa’s identity and, its culture of secular religious unity. The theme is universal and pledges to keep Goa green. This Film showcases the aftermath of Freedom Struggle in light of the old dreams and current reality. Indeed they are a tribute to the Liberation Struggle and sacrifices of the freedom fighters.

Must a village die for a city to be born?
The entire country is asking this question with anguish.
Picturesque Goa, which is on the verge of celebrating the Golden Jubilee of its Liberation, is no exception.
Life is beautiful in Goa…. at 365 days holiday mood!
The sand and the sea attract waves of tourists. The Values get replaced by steep rise in prices.
Until now, amidst shifting sands of change, Rosie’s tavern was an Oasis.
Rosie is a widow living in an old modest house along with her daughter
Kranti, running a bar in the backyard of her house. To her, sharing peace of mind is more important than selling liquor.
Her tavern serves as a spot where the men in the village gather in the evenings to share views, current political events and drown their personal sorrows.
Nana, who was a part of Goa’s freedom struggle, comes from Sangli, Maharashtra, to Goa, responding to an invitation to participate in the Jubilee ceremony. Rosie is eagerly awaiting his arrival. Accompanying Nana, is his son Hari, who represents today’s youth and has his own agenda of selling Nana’s property in Goa. Rosie’s daughter Kranti, too, has a concrete plan of disposing the village property and settling in a flat in the capital city.
Land sharks are eying the village land and disturbing village tranquility. The local Sarpanch has become their henchman. Gramsabhas are the voice of the people, but are opposed by those who believe that might is right.
Nana feels the need for yet another Liberation movement in Goa. Will Nana’s Satyagraha triumph? Or will the villages in Goa lose their own soul to gain material prosperity?
The battle line between the good and evil is drawn.
Will the church bells and Temple bells mingle in harmony or will there be discordant notes?