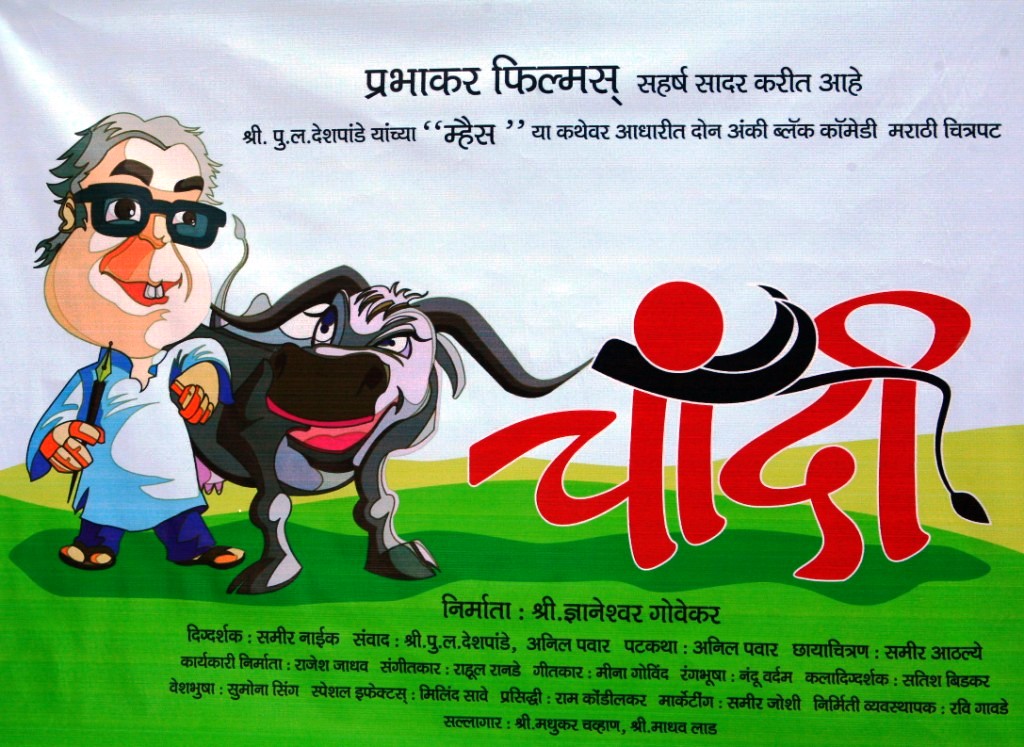 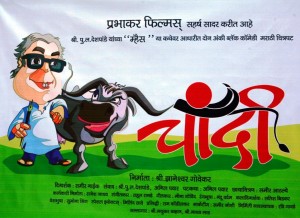 A film based on a short story inspired by a true incident in the life of eminent marathi writer ,Mr. P.L.Deshpande in the year 1957. The name of the short story is “Mhais “and is very popular in Marathicommunity all over the world.

The story “ Mhais “ alias Chaandi shows us the chaos created by a buffalo, when she comes under a st bus, which is going to Mumbai , from a small village in Konkan.

What follows is a Chaotic Hillarious drama , between the owners of the buffalo and the passengers in the bus, which depicts typical demenour, nature and attitude of the marathi manoos in konkan and local politics………