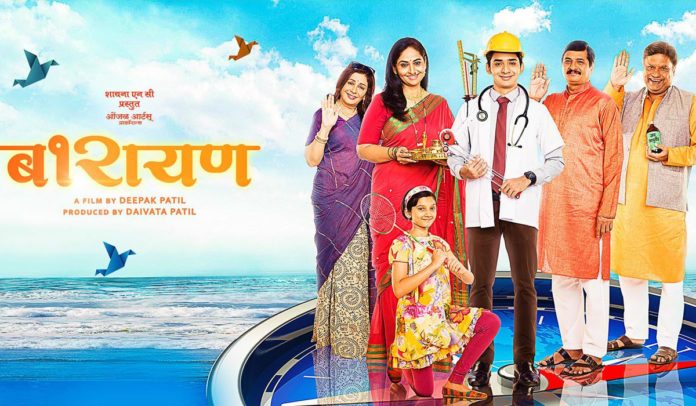 Synopsis : This is a Marathi feature film titled ‘Barayan’.

As the title suggests it is a story or rather ‘Ramayan’ that revolves around the year Baravi (12th Standard).

Most of us in our school life are threatened by this number i.e. 12th standard board examination. The social surrounding of our society these days has given lot of importance to the board examination thereby resulting in unnecessary burden on the student and putting performance pressure on him/her. Parent’s knowingly or unknowingly go with the flow and expect the same from their children putting unrealistic burden on the student. The overall education scenario has become very commercial. If the student does not perform in his 12th than he cannot do anything good with his/her life is a general perception of parents in particular and the society in general. 12th has become a turning point year. If one does not perform in this year than that’s the end of his/her career. Traditional mindset of the society is that Medical or Engineering are the only two major options. The film has subtly but in an ‘entertaining manner’ tried to highlight this aspect of our educational system and how we are becoming part of this.

The story of the film revolves around incidents based on this one year in the life of our protagonist and his journey to engineering college after that. A story that unfolds various experiences of our protagonist, his learning during the process of him seeking education and identifying his ultimate interest. How his social surrounding is enabling him to grow as a person. The protagonist of the film represents today’s student and the challenges faced by him to understand his passion.

The story of the film is set in a serene and calm town of Konkan, surrounded by mesmerizing seashore and beautiful fort. It is purely a family drama.