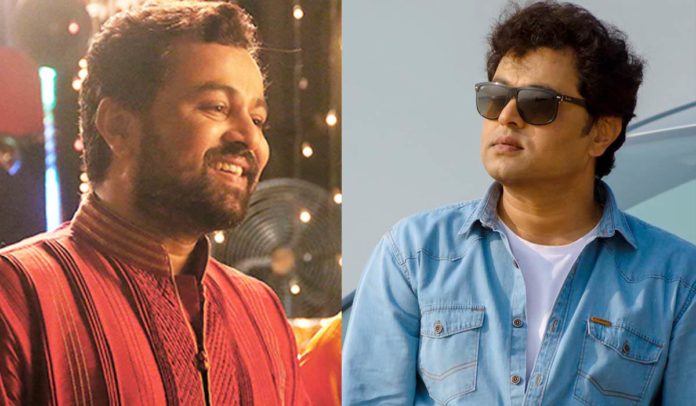 If there’s one actor in Marathi right now who truly represents today’s Marathi entertainment it’s Subodh Bhave! He has been seen in quite many films in recent times & now he has another film lined up for release. His ‘Savita Damodar Paranjape’ releases on 30th August & is a psychological horror film, based on a popular play of the 80s of the same name that was based on a true incident. He talked to us about the film & about his latest serial on Zee Marathi ‘Tula Pahate Re’!

‘Savita Damodar Paranjape’ is a film that is supposedly based on a true incident. Has anything supernatural happened with you in your real life?

Not really. Nothing supernatural has happened with me. It’s a different thing that I am still afraid of the ‘supernatural’ as others are. I remember an incident that happened with me at Taljai Hills, Pune. Usually I used to go there with my friends but that day I was alone & a bit angry. The moment I entered into the jungle I was afraid & I started sweating out of fear. I started praying to god to save me from here. Suddenly out of nowhere I saw an old man. I told him that I am lost please show me the way out. The old man helped me out. He told me how to reach the main road, & turned on the other side. The moment I turned & looked back the old man had disappeared in just a moment! But this could be something normal but I did experience it. However I don’t really wish to experience something drastically supernatural! 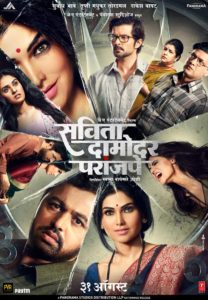 How was your experience of doing the film? Swapna Waghmare-Joshi (director) says you are her favourite actor, so did you sign this film because she is the director or you wanted to act in a film of this genre?

Whatever happens with the character of ‘Kusum’ (played by Trupti Toradmal), I’ve seen that happen in real life. There was a ‘Khandoba’ temple where I lived in Pune, there used to be many people there who were supposedly in the influence of ‘spirit’.  They start behaving oddly. I remember my grandfather used to apply ‘bhandara’ on their foreheads & they used to suddenly calm down. Now I don’t know what’s true & what’s not. I don’t really understand what the person must be feeling from within. All I know is that I’ve known about the situation & I had seen them first hand!

So when the same happens with ‘Kusum’ (the character in the film) I used to relate that to those people. So I wasn’t that shocked & thrilled while shooting the film since I had experienced similar people. But Trupti’s (actress Trupti Toradmal) eyes & her overall voice & get up of that character used to scare me & others on the sets! She has really worked her for her role also because this is her debut film.

How should we look at ‘Savita Damodar Paranjape’ the film & the character played by Trupti Toradmal? Can we call it ‘supernatural’ or all of that is happening on a psychological level?

I don’t think we should call it ‘supernatural’. This is more connected to a person’s psychology & the voice within her head! People don’t fly or something when she simply looks at them (like they do in fantasy films). The people who are there are completely changed from the mind after watching her! They are shocked that the person we just saw has transformed into something else within a moment! 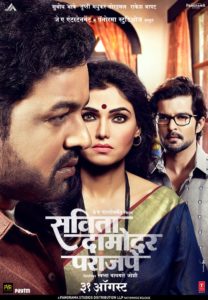 What exactly does the film say?

Within a week your serial on Zee Marathi ‘Tula Pahate Re’ has broke TRP records of other serials? How did this happen?

This serial is very special for me as I am doing the lead role in a serial after a long time. Almost 8 years! And still the audiences responded so positively! It makes me teary eyed! Moreover the audiences of all ages have liked the serial from youngsters to elderly people. But I can’t say how exactly did this happen. All I could do is, do good work.

And I have lot of love for the television medium because it gave me a identity. No matter how many films & plays I do, TV will always be very special. People have given so much love to me for my work on TV! They remember all my roles straight from ‘Abhalmaya’ & ‘Avantika’.

People have developed trust about you. Hence your new serial has got such great response in such less time.

It took me 18 years to develop this ‘trust’! & I had to do all kinds of works for that, some I liked & some I didn’t. But throughout my journey I have never lost faith & love for my work. I guess that’s why this day has arrived.