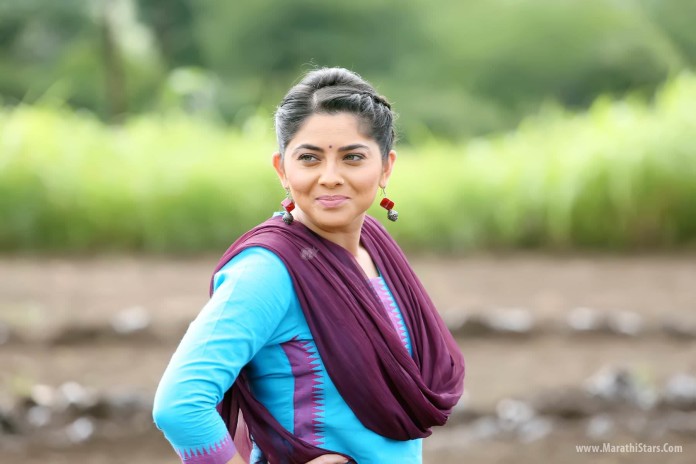 Sonalee  Kulkarni who has been noticed in films like ‘Natarang’ ‘Bakula Namdev Ghotale’, ‘Classmates’, ‘Ajintha’, etc. is now all set to wow the audiences in her forthcoming much buzzed film ‘Poshter Girl’. We spoke to the fair and green eyed beauty at a press meet of the film. Here are some excerpts.

There are a lot of expectations from ‘Poshter Girl’. What are your views?

Yes. It’s the second film directed by Sameer Patil after his successful debut in ‘Poshter Boyz’ and it’s backed by a leading studio like Viacom 18 and has a medley of a leading cast like Hrishikesh Joshi, Aniket Vishwasrao, Hemant Dhome who has also written the story of the film, Jitendra Joshi, etc. 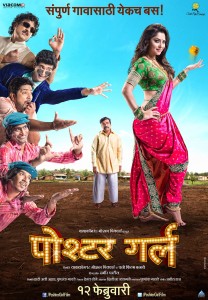 I play an ambitious village girl who is studying in Pune and wants to be an agricultural officer but when she comes to her native village, her life changes when she finds that the village has a paucity of marriageable girls for boys and how she is wooed by all the boys of the village and how she finds that  each boy is different in their behavior and manner like she finds Aniket as a very boyish innocent boy, Jitendra Joshi, a very powerful boy of a leading powerful family of the village, Hemant Dhome as a very funny  and completely rural boy and her uncle played by Hrishikesh Joshi wants her to get married to one of these boys and this is the gist of the film.

How close is the character in the film to your real self?

I am also a reasonably ambitious girl also hailing from Pune and I am also a simple girl with simple wants in life and acting is my only passion. I am happy that I have got a female centric role in the film which is always satisfying as an actor.

How was it like working with Sameer Patil as a director?

Unfortunately I hadn’t seen Poshter Boyz before the shooting of the film but I made it a point to see the film after I signed ‘Poshter Girl’ and I found that he is a director who likes the satirical black comedy genre but albeit with a good message and when we shot on the locations in Wai, I found he was a really nice and a complete gentleman who knows his craft and always trying to excel himself. I am very happy that I have acted in this film as I got an opportunity to grow as an actress and also our entire team was like one big happy family. 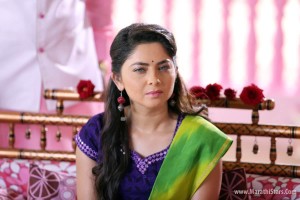 Isn’t it a great thing that a big studio like VIACOM 18 is producing this film?

Yes. Marathi cinema has grown over the years and they have made Marathi films in past, some successful like ‘Zapatlela-2, and this is a sign of Marathi cinema coming of age.

Do you have any song and dance sequences for which you are famous for after Natarang’?

Yes, Natarang was a landmark film for me but I have done films in which didn’t have any dance sequences and ‘Poshter Girl’ is one such film. It is a completely performance driven film.

I like to do one film at a time and after the release of ‘Poshter Girl’ I will take a much needed break for a while and then I will start reading scripts and then sign a very good film.

Television is not my cup of tea. I like to do things in a very easy paced and a no stress manner and television is too hectic for me and so I want to keep away from television.