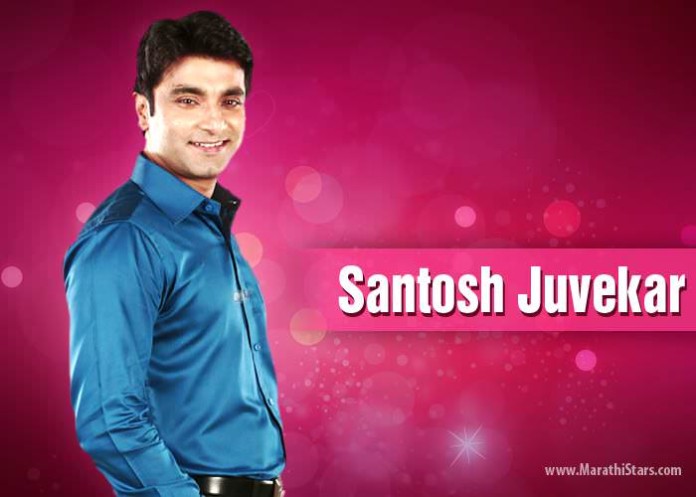 Santosh Juvekar is one of the popular figures in the Marathi entertainment industry and the rugged actor is returning to television after a long sabbatical with the family drama ‘Asa Sasar Surekh Bai’, The serial is broadcast on Colors Marathi from Monday to Saturday at 8 pm. The show revolves around a family and relationships, has been popular among viewers.

We got talking to Santosh about his sabbatical and return to TV serials. Read on.

Why this long sabbatical on television?

I was busy with my films and plays and I didn’t get any good offers in the interim so I decided to take a break from television.

What made you accept this specific show as your comeback show?

First of all it is a well written family drama and not the usual ‘saas bahu’ soap. I am playing a sober, clean shaven, disciplined good boy called Yash Mahajan who marries Juhi (Mrunal Dusanis). This is the story of their life after marriage and how Juhi strikes a chord with her in laws in-spite of differences and how the character of a kind hearted husband played by me supports all through. This family element is what attracted me to take up this show.

It was great especially Mrunal Dusanis with whom I vibe very well and the results can be seen on the small screen.

Tell us more about the show.

Eminent director Gautam Joglekar will make his acting debut with this show as the father of  Juhi. Another attraction for the show is a song sung by Avdhoot Gupte composed by Avinash Vishwajeet.

Any role models or inspirations in this field?

You are busy in all three mediums, theater, films and now television? What excites you more?

Frankly I enjoy all three but the work should be good.

What next on the anvil?

My ‘Bikers Adda’ will release in the October. I am pretty much excited about the film as this is a very different