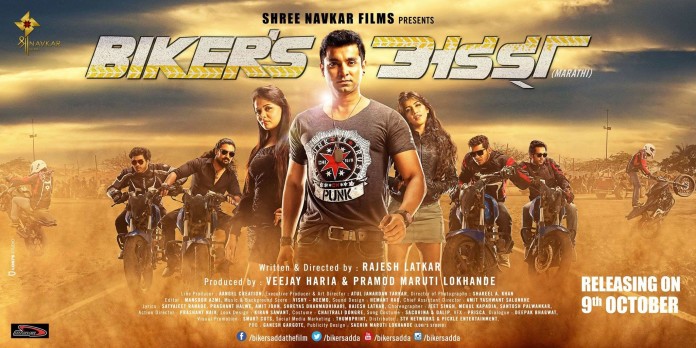 Plot outline : Shree Navkar films present a movie named Biker’s Adda, which is to be released on 9th October this year. The story line of this movie is all about being the passionate bikers who are looking forward to pursue their career in no other field than biking and hereby we promote biking as a sport. These are adult bike riders and cops believe that the rules for them are same too that focuses drug usage. Multiple stunts are performed in the entire movie by these riders and they race with an urge to only WIN no matter what the situation is.