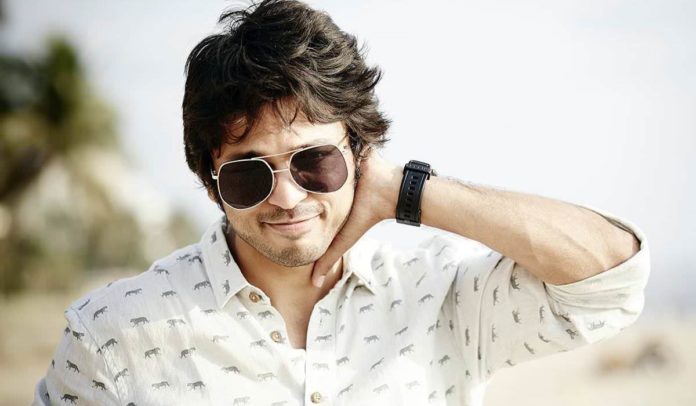 Tell us about Chi Va Chi Sau Ka! What is the story about?

The story of this film revolves around a young couple Satyaprakash and Savitri played by me and Mrinmayee Godbole respectively. Satyaprakash is an electrical engineer, Savitri is a Veterinary doctor. Both are busy with their professions and firm on their decisions. An arranged marriage is fixed for them but they want to try out their compatibility with each other and their in laws and their relatives and other friends before marriage and only then they would like to go ahead with the marriage.The post marriage happenings in their life have been presented in humorous way in this film.

Tell us about your character ‘Solar Putra – Satyaprakash’?

Satyaprakash is a die-hard environmentalist and is always thinking about how to conserve energy, and electricity and uses solar power and is known as Solar in the film. He goes to any extent for the environmental issues he believes in and is an interesting character.

How was it like to work with Mrinmayee Godbole?

We both have a theatre background and we gelled with each other and we understood each other very well and it was great fun to work with her as her character too is interesting and she knows martial arts and her character will certainly be loved by the audiences.

Tell us about your director,Paresh Mokashi?

He is a very good and sorted director having made acclaimed films like ‘Harishchandrachi Factory’ and ‘Elizabeth Ekadashi’ and it was a great learning experience to work with him and his wife and writer Madhugandha Kulkarni.

Your debut film is produced by Zee Studios! How does it feel?

Yes. Their films are different and have very good content and they are marketed and distributed well and their chief Nikhil Sane has all the knowledge of making good films and marketing and distributing them in such a way that most of the audiences are drawn in the first week.

So after ‘Chi Va Chi SauKa’ what’s next?