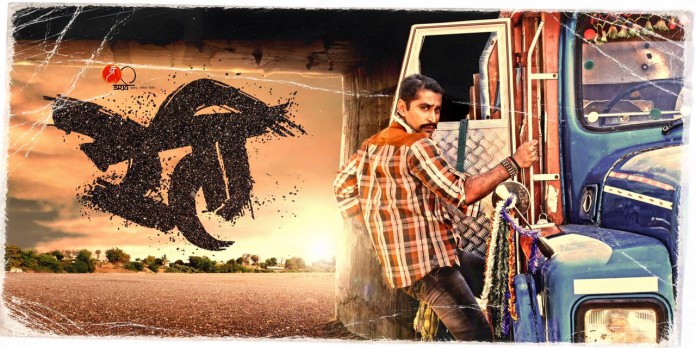 Chinmay Mandlekar, a graduate from National School of Drama is currently seen on a small screen as Sant Tukaram in Tu Majha Sangati. His latest film “Reti” will be releasing on 8 April. Reti is based on the sand mafia and how this uncontrollable theft of sand impacts not only the construction trade but also a common man.  Chinmay will  be seen portraying a character of a truck driver in this film.

Marathistars.com spoke with this immensely talented actor about his role in this film and some other things.

Here are the excerpts from the interview.

Your new film Reti has already created anticipation for the audience. Can you tell us more about the film and your role?

Reti is a film about Sand Mafia, which is widespread not only in Maharashtra but all over the nation. It is the system which obtains and transports sand illegally. This is an action thriller film with multiple characters and tracks. I am playing a role of a truck driver called Shankar. Actually he is a very small part of this hierarchy but he has very big dreams. So what he does and what he doesn’t to achieve his dreams, you have to see this film.

How did you prepare for this role?

The role involved some preparation but my director and writer had briefed me about it very early so I had some time before the actual shoot began. The truck is actually a character in this film; it also has a name – Rani. Shankar loves his truck very much. Driving a truck was not a big deal for me as I have been driving four- wheeler for past few years. Getting used to the mannerisms of the truck driver was very interesting for me. I observed how they get into the truck or how they will start their truck. There are some specific mannerisms associated with any profession, and once you master them it becomes very easy to portray that character.

Reti is a hard-hitting social drama. Do you think audience will be able to identify with its subject? 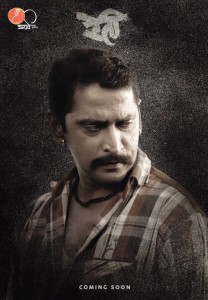 I am sure everyone will be able to identify with this film. We generally don’t give a thought about the sand used in our construction material is drawn and transported illegally. This ultimately results in the increase the price of the houses. We are the end users of this cycle paying higher amount because the trade is illegal. So, in a way we are the victims also and responsible also for this whole chain. So I think people will identify with its subject completely. Plus, I don’t think people watch only films which are identifiable to them. Bahubali would never have been hit, nobody can identify about such story which is happening in some other time at different place. Still, people loved this film. Any film should have good story and good execution, audience loves such films. Reti definitely has that.

You have been busy with your daily serials, films, and theatre. How do you juggle your time and how do you like to spend your free time?

I am fortunate enough to work all three media simultaneously.  I generally do one or two very selective films. So I can manage my time accordingly.  Generally I am busy and travelling around so I don’t get enough time for my family. You cannot always be on phone or connect through social media with your family. For the kids, personal quality time is needed. Most of my free time is spent at home with my family.  That’s why I prefer not to shoot on Sundays.

Writing, acting and direction, you seem to excel in all these fields? But which one excites you most?

All three are close to my heart. I enjoy all three processes immensely.  Mostly, I keep it project specific. In Reti, I am just an actor, so my involvement is limited. I have written a film called Kaccha Limboo which will go on the floors this month, but I won’t be associated with the making of the film. There are some projects where I believe I should act or I should just be a writer.

Do you suggest some changes to the writers when you are working as an actor?

Yes, I do. In fact, any other actor will also do the same when I am a writer. This can happen with me when I am writing and other actors are involved in this project.  When you read the script, you might feel that certain things should be changed or modified .You should discuss with your director and writer in the pre-production stage. Every actor will be having an opinion about his or her interpretation of the script. But this discussion has to be done before the shooting begin. Set is not a place where you can discuss about script. When you are on the set you have to follow the director.

There are many adaptations and remakes happening in Marathi industry lately. What is your take on this?

I don’t agree that there are more adaptations than the original films. We have been making good original films as well. As far as remakes are concerned, this give and take has been happening everywhere for regional cinema. Tamil remakes are made of Telugu films. Malayalam borrows from Tamil cinema. Similarly, a Marathi film like Dombivali Fast was remade in Tamil.

In Marathi, there has been successful adaptation like Classmates and there has been unsuccessful like Mr. and Mrs. Sadachari which was a decent film. I feel that a remake will be only successful when Marathi audience will be able to identify with the subject. I don’t quiet appreciate having Hindi songs in Marathi films or performing stunts which has a specific stamp of any regional cinema.  There has to be something rooted in this land. Bollywood has been borrowing from Hollywood for whole life. However, only those films are successful films which are not lifted blindly but adapted and changed to our cultural scenarios. Salim Javed never claimed that there films are original, but when you watch film like Sholay, it seems so original and deep rooted in our land. If we are able to do achieve this feat then I don’t have any issues whether this film was made in any other language or not.

You are not that much active on social media.

I am active but nowadays but I refrain myself from commenting each and every issue that comes in front of me. Nowadays it has become a fashion to share each and everything on social media. I certainly do not share my personal photos on social media as I don’t think people are privy to my personal life. I do not waste my time commenting on the issues about government, or whether this film deserved an award or not etc.

I express opinions about something about anything if I feel that if my comment will make some kind of difference or I like to write about the things for which I feel very happy. Eg. India vs Bangaladesh match. I wrote about it on the social media, as I felt our Captain Dhoni has done a wonderful job on that day. I don’t feel the need to write on everything. Certainly social media is a wonderful tool to publicize your work, you films and other arts. I prefer using social media that way.

Chinmay, you have been part of many TV serials. What do you feel when channel keeps dragging the show unnecessary even the story is over for the sake of TRPs?

Of course it hampers the work of the entire cast and crew. This system of having lengthy episodes has to change. We have to start with the concept of seasons or limited episodes. When you have no story to tell, then audience starts drifting away from the show. Channels have started realizing and they are making shows which will keep audience attention. Fortunately the two shows which I did back to back be shut down when the story was over though the TRP were highest. Even currently running “Tu Majha Sangati” is based on a person (Sant Tukaram) so as long as that history is there story will be there. Even though I am doing long running shows I am fortunate to work in the series with good story and plot.

Which medium is more comfortable for you?

I am comfortable in all three media. TV gives you immense popularity and instant popularity. Films give you timelessness. Tomorrow I might be dead but people will still be watching my films. For any actor, theatre is an opportunity to test him as he will perform live for more than two hours continuously.

Tell us more about your future projects?

In the month of May, I will start working on Magna Talyakathi, a second part of Mahesh Elkunchwar’s “Yugant” trilogy. Chandrakant Kulkarni has directed this play and it is a sequel to Wada Chirebandi. I am really excited about this project.