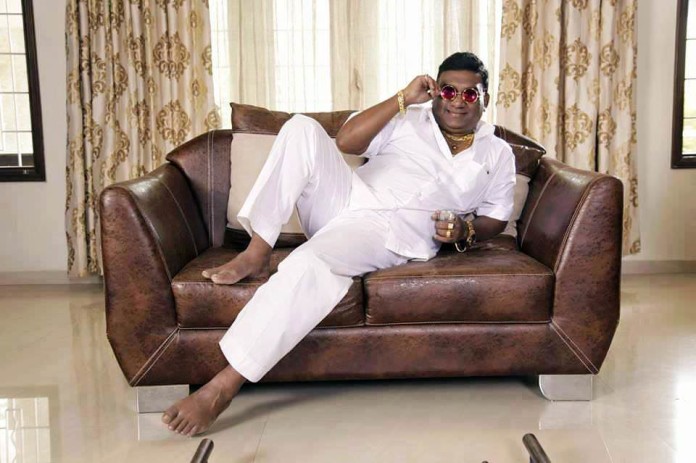 Bhalchandra Kadam is one of the leading comedians in Marathi entertainment industry who has his own following in Marathi theater and television and has done a lot of small roles in Marathi films but now his more prominent role will be seen in K Viraj’s forthcoming film ‘Vajlach Pahije- Game Ki Shinma’. We spoke to the endearing actor about his big film. A few excerpts.

How does it feel to be a leading man in a film after doing many small roles?

It feels great but there is also a lot of responsibility as I have to carry the film on my shoulders as I am the leading character of a producer who does a lot of funny things while producing the film and gives a break to a struggling director duo Yash- Raj played by Chinmay Udgirkar and Rajesh Bidwe and also takes a look at the seamy side of filmmaking.

There is a lot of double entendre dialogue in the film. Do you aspire to be the next Dada Kondke?

I am a huge fan of Dada and idolize him and can never achieve what he has done, but yes there are a lot of double meaning dialogues in the film but they are not offensive to anyone and don’t hit below the belt but are really entertaining and the script demands it and director K Viraj has done a wonderful job in making a comedy without going over the top. 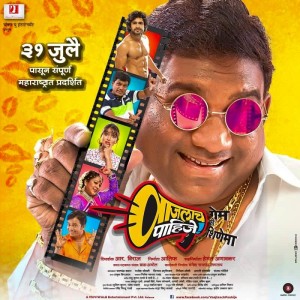 Have you played your role taking inspiration from any character you have met or your experiences in the entertainment industry?

Yes. One can say so but the portrayal of a film producer is completely my imagination but not an exact replica of any producer I have met but maybe unconsciously I have drawn on some of the characters I have met in the industry.

He had a complete bound script of the film and he had written the role keeping me in mind and also he is a great fan of Dada Kondke and he wanted to project me as the next Dada Kondke and I hope I have met his expectations.

What about the rest of the cast?

Chimany Udgirkar is a talented boy and so is Rajesh Bidwe and the leading lady Girija Joshi has done a wonderful job in the film as has Aarti Solanki who has the makings of a good comedienne.