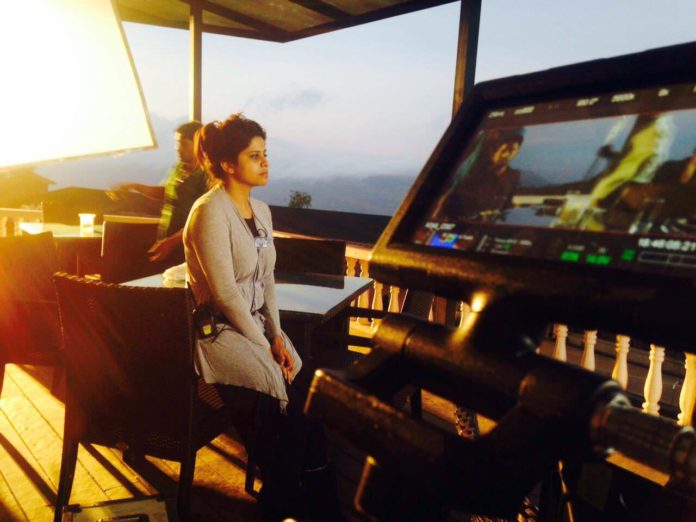 Sai Tamhankar has made it to a level that she is been considered as the megastar of the Marathi Film Industry. Leaving her bold and beautiful image behind, in her past few movies Sai had done roles of different shades. Be it old-fashioned Parnarekha from YZ, or Karishma from Jaundyana Balasaheb or a serious character of Manju from Family Katta, Sai has given total justice to all these characters. For her upcoming film Vazandar, Sai as a responsible actress has gone a step further and taken part in the work done behind the camera. 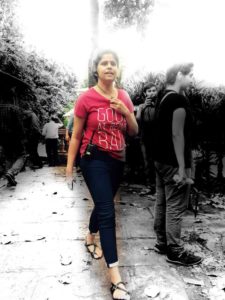 When the other cast including Priya were shooting, Sai was actually roaming around the sets with the walky-talky and was instructing the Assistant directors and even blocking the crowd at one point.The onlookers were surprised and confused when they saw Sai working behind the camera. Enjoying the confusion in the eyes of the onlookers Sai said, “People passing by were really confused when they saw me working behind the camera. I understood how much patience one need to have while working behind the camera, how the on set work gets affected due to starry tantrums. Be it Art Direction or Assistant Direction, I did not do it to achieve anything but because of this work I played major roles onscreen and off-screen too. And this experience taught me a lot.”

Though she got a break of 3 days from the shoot, Sai did not rest but she preferred to spend her time on the sets of Vazandar. Sai gave a thought of how she can work towards smooth and quick completion of the shooting process, hence she worked in Assistant direction and Art direction departments.  After the pack up Sai used to sit with the assistant directors and discuss  next day’s shooting schedule, they used to plan out how they could squeeze in the remaining scenes and complete the shoot in the given time period. This practice really helped in terms of the work getting done quickly and it led to the proper communication and involvement between the actors and the team.

Let’s see whether this behind the camera work experience kindles any creative fire for Sai!!!