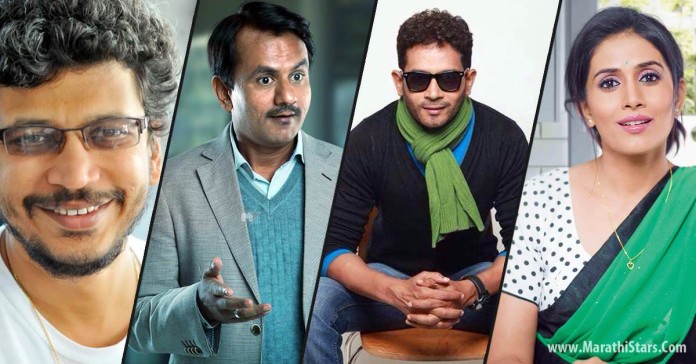 The resurgence of Marathi cinema has seen a peculiar trend. A wide number of actors, directors and writers have made names for themselves, but somehow it is the ‘Kulkarni’s who have been omnipresent. Apart from the common first alphabet they do not really share anything with the ‘Khan’s. The ‘Kulkarni’s don’t necessarily set the cash registers ringing nor do they belong to any filmy dynasty. However, more often than not, they are associated with quality cinema. The list of all the ‘Kulkarni’s would be quite long, so let’s stick to the most prominent ones –

Atul Kulkarni: The most popular of all Kulkarnis, he first rose to prominence when he played the role of Mahatama Gandhi in the acclaimed marathi play Gandhi Viruddha Gandhi in the mid-90s. A graduate of National School of Drama, Atul gave ample display of his talent in the beginning of his acting career itself. The play was also adapted into Hindi, Gujarati and English. Much like his theatre career, his film career also started with a bang when he won the National Award for the Best Supporting Actor for his role in the Kamal Hassan film Hey Ram (2000). Interestingly, in the film he played the role of a Hindu fanatic who schemes to assassinate Mahatama Gandhi. Dahavi Fa (2002) was his first marathi film that made people stand up and take notice. He went on to gain loads of acclaim for his roles in films like Devrai ( 2004), Vaastupurush (2003) and Maati May (2007). 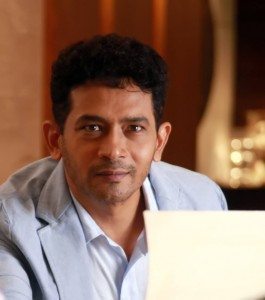 Valu (The Wild Bull, 2008) saw Atul Kulkarni in what can be termed as his first hit in marathi. Atul skillfully played the role of a forest officer who has been brought in to tame a wild bull in a remote village of Maharashtra. However, it is the film Natrang (2010) that got him unprecedented popularity among the masses. Cast as the protagonist Guna, Atul impressed one and all with his nuanced portrayal of a young villager who aims to become a body builder but circumstances later force him to perform the role of a ‘nachya’ – a man who acts in an effeminate manner in the folk art of Tamasha. The film went on to become a major hit and Atul Kulkarni won the hearts of masses and critics alike. Post Natrang, he has noticeably chosen to act in romantic films like Premachi Goshta (2013) and Happy Journey (2014) unlike before, while still continuing to be a part of a film like Popat (2013) that tackled an issue like AIDS.

Tracing his journey from the beginning, you can see that Atul has carefully shaped his career in marathi cinema by dabbling in a diverse range of films, but at the same time has been selective enough to ensure that every role challenges him as an actor and brings out a hidden facet hitherto unseen by his audience.

Sonali Kulkarni: Another product of theatre, Sonali Kulkarni made a name for herself by her role in Vijay Tendulkar’s most famous play – Sakharam Binder. A tad under-appreciated, she has consistently chosen to act in marathi films with author backed roles. This also meant that the films got a poor release or were limited to acclaim in film festivals. Only in the recent past have we seen her in films which can be termed mainstream. 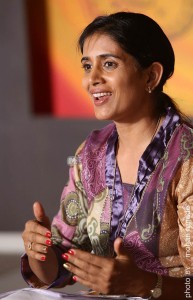 Sonali began her marathi film career with Dr. Jabbar Patel’s Mukta (1994) that also landed her a state award.  Her role of a younger sister in Doghi (1995), who convinces her parents to accept the older sibling, considered to be an ill omen, into the family, won her even more accolades. She and Atul not only shared a promising start to their career but also went on to act together in films like Kairee (2000) and Devrai (2005).  Sonali’s Hindi career began to blossom and that allowed her to be selective about marathi films. Restaurant (2006), Gulmohar (2009) and Tya Ratri Paus Hota (2009) were all quality films with well sketched character that fully exploited her acting prowess. Sonali Kulkarni is the favourite of the new wave of marathi filmmakers who started pushing boundaries from 2008-2009 onwards. Gandha (2009) and Gabhricha Paus (2010), two of the most definitive films of the marathi new wave, both have her in the lead. Gandha has her as an independent urban woman on the verge of a divorce with her husband, while in Gabhricha Paus she plays a protective wife of a cotton farmer in the suicide prone region of Vidarbha. The two diverse roles go a long way in showing the capability of Sonali as an actress.

Deool in 2011 was Sonali’s first major hit in marathi. She played the wife of a village landlord in this satirical take on the commercialization of religion in India. She has also acted in Aga Bai Arechya 2 last year, which can be termed as her first lead role in a big commercial marathi film. Thus, Sonali, much like Atul, has chosen her roles in marathi carefully and has also made sure that she does not limit herself to arthouse cinema.

Girish Kulkarni and Umesh Kulkarni: Torchbearers of the new wave of marathi films, Girish and Umesh are one of the most gifted talents in the country. Collaborating with each other, they have consistently churned out superlative stuff. A writer-cum-actor Girish’s National Award for his acting in the film Deool made him popular in Maharashtra. After a crackling performance in Anurag Kashyap’s Ugly, the rest of the country too woke up to his talent. Umesh Kulkarni graduated from FTII and started making a name for himself from his diploma films. 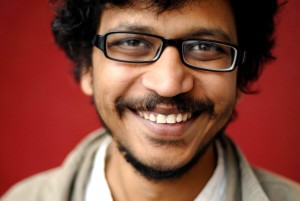 Valu saw both of them debuting – Girish as actor and writer and Umesh as director. This first venture itself was an instant hit. Set in rural Maharashtra, the situational comedy has a number of quirky characters and an engaging story. Girish as writer-cum-actor is mighty impressive in bringing out the humour in the many awkward situation his character finds himself in. He has probably been the most impressive as the cotton farmer in drought stricken Vidarbha in Gabhricha Paus (2009). He effortlessly manages to get across the turmoil in the mind of Kisna. The dialect, body language are all perfectly moulded as per the demands of the character. In the Umesh Kulkarni directed masterful coming-of-age drama, Vihir, Girish Kulkarni has again sketched such incisive characters that you cannot help empathise with. Despite the rather limited screen-time, Girish makes an impact on the viewers as Bhavshya Mama, a jolly but rebellious fellow who has been labelled as a good-for-nothing by the patriarch of the family. Vihir saw Umesh Kulkarni get a lot of acclaim in highly regarded European Film Festivals as well. It is widely considered to be one of the best Indian films in the last decade or so. 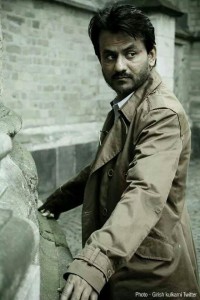 Deool is what brought the fantastic duo name and fame. It won Best Film, Actor and Screenplay at the National Awards. The satirical take on the commercialization of religion was a hit among the masses and the classes as well. Then, the charming Masala marked Girish Kulkarni as one of the most gifted writers in the country. Directed by Sandesh Kulkarni, its witty dialogues and eclectic characters appear simple on the surface but stand for so much more. Much of the charm of the film lies in Girish’s comic timing and the chemistry his character shares with his sweet and soft-spoken wife.

The Kulkarni pair’s latest outing though couldn’t set the cash registers ringing, was a film that certainly pushed boundaries and was one of the better films of last year. So, the two have made their presence felt in a rather short time given that they have not even completed a decade in the marathi industry.

These four are in my books the most significant of all the numerous Kulkarnis. There are numerous other Kulkarnis too who are making a mark, however, none of them have had as much of an impact on marathi cinema as these. Let’s hope Atul, Sonali, Umesh and Girish go on to have a long and illustrious career and make marathi cinema popular not only in India but every corner of the world.