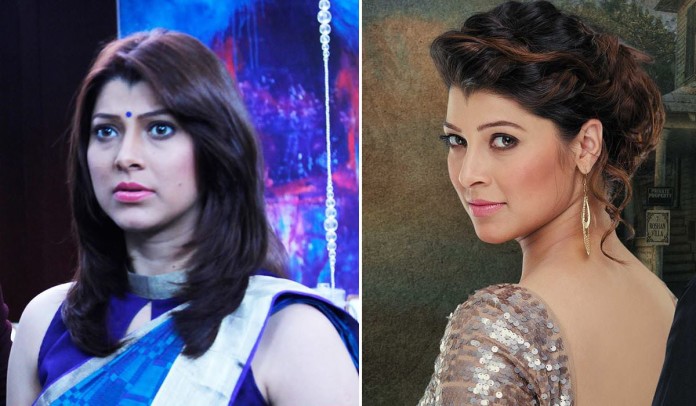 Tejaswini Pandit is the most beautiful and gorgeous actress of Marathi film industry. After Sanjay Jadhav’s Tu Hi Re movie she is mostly known as ‘Gulabachi Kali’. Gulabachi Kali name really suits her personality because she is as attractive as flower rose.

Tejaswini Pandit started her career by playing a negative role in Marathi film Kedar Shinde’s ‘Aga Bai Arechya’ & her powerful portrayals in film like ‘Me Sindhutai Sapkal’ have been widely appreciated and  have established her as one of the leading actresses of M – Town. The stunning actress is leading the path of progress in her career.

Tejaswini Pandit must be excited because her two movies are going to release back to back in this February month. First one is ‘7, Roshan Villa’ which is releasing on 19th February and the second one is ‘Ticha Umbartha’ which will be released on 26th February.

In ‘7, Roshan Villa’ Tejaswini will be sharing screen with Prasad Oak and Sonali Khare, whereas ‘Ticha Umbartha’ movie is about the importance of the self-respect of a woman and Tejaswini playing the central character along with Chinmay Mandlekar who will be seen in negative role and Suyash Tilak & Harsha Khandeparkar in prominent roles.

For this ‘Ticha Umbartha’ woman oriented movie, Tejaswini has won 4 Best Actress awards. She has captured almost all the main awards for her fabulous performance in this movie.  She has bagged Sangali International Film Festival (SIFF), Sanskruti Kala Darpan, Chitrapushpa Marathi Film Festival and Zee Gaurav. It is a proud feeling for Marathi film industry and it is also happy moment for Tejaswini Pandit.

Tejaswini is very much excited for the successive releases as both the films have been well appreciated in various international film festivals. It seems Tejaswini’s fans will have a big treat watching her twice on the big screen this month.