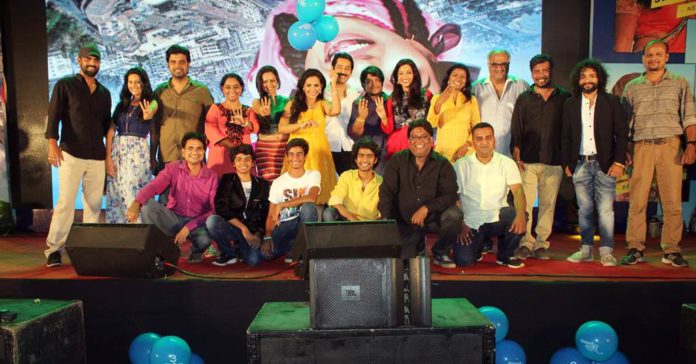 Laxman Utekar, Famous cinematographer and director of Tapaal is back with his next film – Lalbaugchi Rani. The music launch of this film was recently done at iconic Laalbaug in Mumbai in a live music concert. Producer Boney Kapoor was present as a chief guest for this occasion.

Divya Kumar enchanted audience with his “Ladachi Mumbai” and Vaishali Bhaisane Made and Jahnivi Prabhu Arora made everyone dance on their foot tapping number “Roop tera”. Kirte Sangathiya’s romantic “Mala Rang Milale” was also appreciated by the audience. The title song “Aali Aali Laalbaughchi Rani” was sung by Adarsh Shinde and along with the cast of the film, audience also danced on this amazing number.

The film will be releasing on 3 June all over Maharashtra.