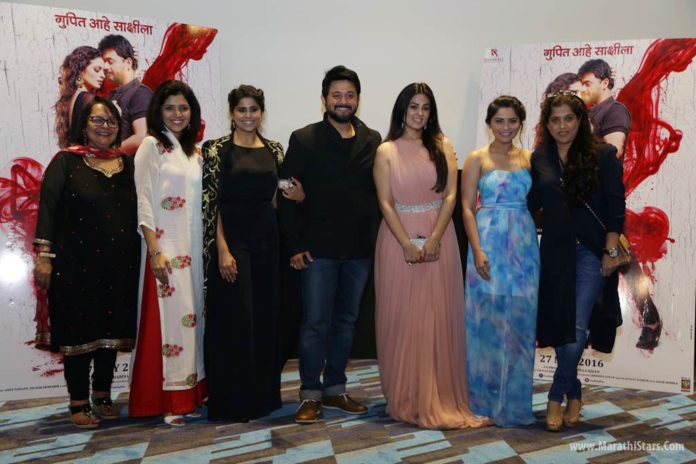 The motion poster of ‘Laal Ishq’ created quite a buzz. Its visual design suggested something dark. A kind of sinister romance not yet presented in Marathi cinema. The trailer of the film that was launched recently further underlined the darkness present in the film.

‘Laal Ishq’ that stars Swapnil Joshi and Anjana Sukhani in the lead role is a romantic tale with a mysterious twist. It is about a cast of a play that has come to a resort to rehearse. During their stay at the resort they witness a mysterious murder there. The prime suspect for the murder are Yash Patwardhan (Swwapnil Joshi) and Janhavi Deodhar (Anjana Sukhani) who have had a romantic relationship in the recent past. The police who are investigating the murder start interrogating the two prime suspects. While interrogation it becomes clear that either one of the two suspects are lying as their stories don’t match.

Sanjay Leela Bhansali has produced this film and his influence was visible in the trailer. The film has a distinctive look with the makers having gone for dark colours like black and red depicting romance, trust, mystery and thrill. The songs also seem lavishly shot in true Bhansali fashion. 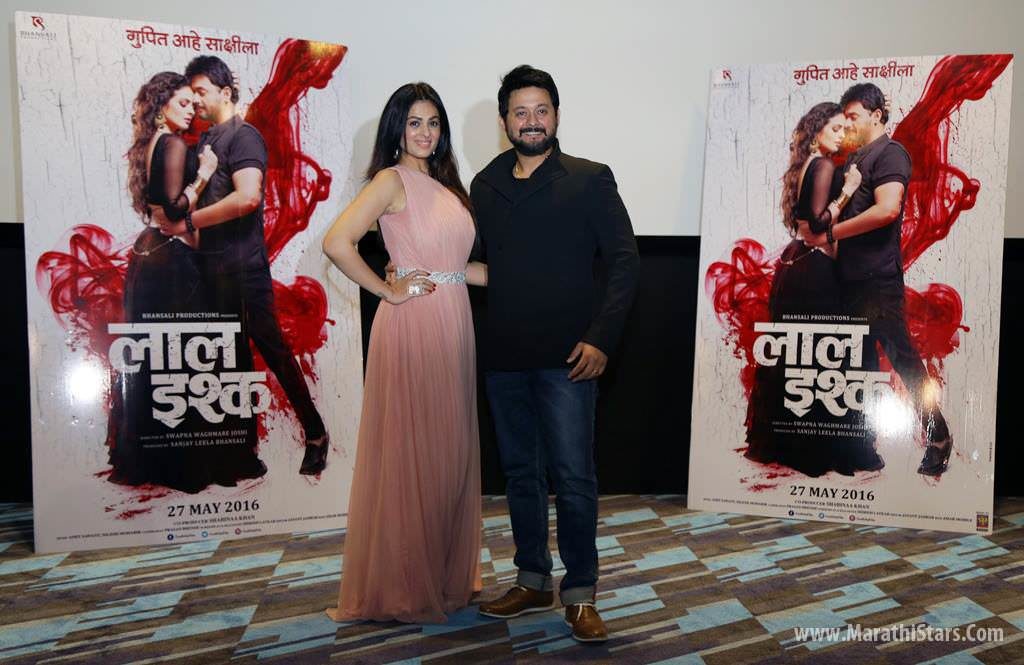 The trailer launch was a happening event attended by the entire cast and crew of the film including Jaywant Wadkar, Priya Berde, Piyush Ranade among others. The two main leads Swwapnil Joshi and Anjana Sukhani were present of course. Both look ravishing in their outfits.

The event was also graced by the presence of Swwapnil Joshi’s costars from his previous hit films. Sai Tamhankar, Sonalee Kulkarni and Mukta Barve came all the way to wish their friend and costar Swwapnil Joshi loads of luck for this venture. 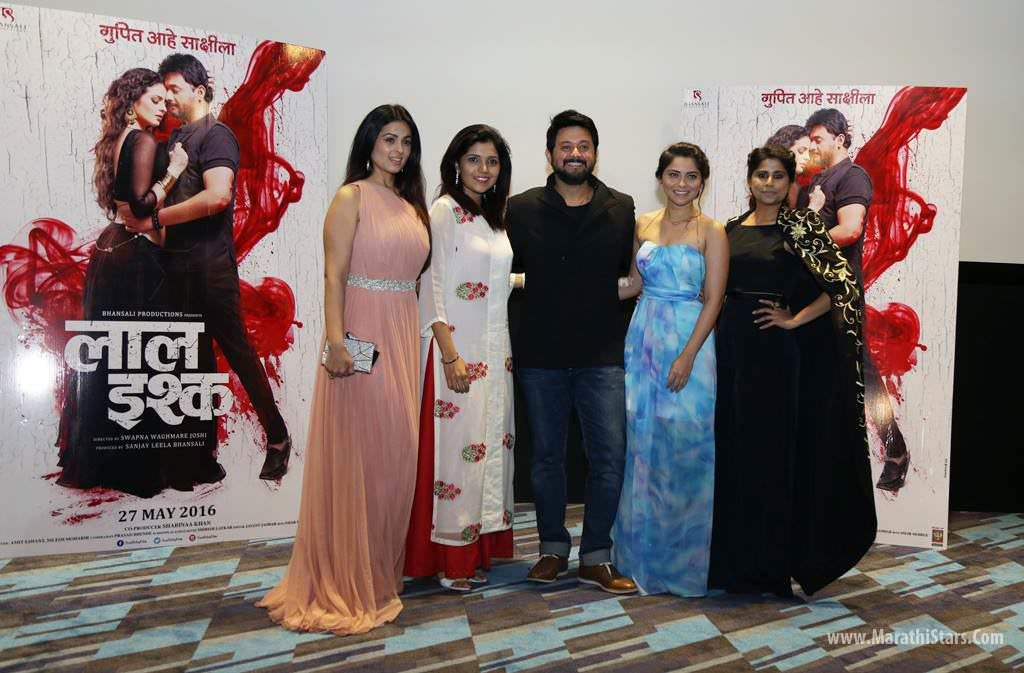 The director Swapna Waghmare Joshi who had also directed Mitwa  was also present for the event. The spectacular camerawork is handled by Prasad Bhende and the music is composed by Amitraj Nad Milesh Moharir.