With films like Elizabeth Ekadashi & Harishchandrachi Factory to his credit, Paresh Mokashi is widely considered one of the most loved Marathi filmmakers working today. His upcoming which has been highly awaited has been announced through social media on the occasion of Gudhi Padwa today.

None other than Zee Studios is backing Paresh Mokashi’s ‘Chi Va Chi Sau Ka‘! The exciting new poster has also been revealed. The film seems to be a a terrific entertainer with a special Mokashi twist. In the poster we can see the battle between Solar Putra vs Veg Kanya! Now who are these actors? Well we are equally intrigued about it like you all, but let’s not worry soon we will know everything. 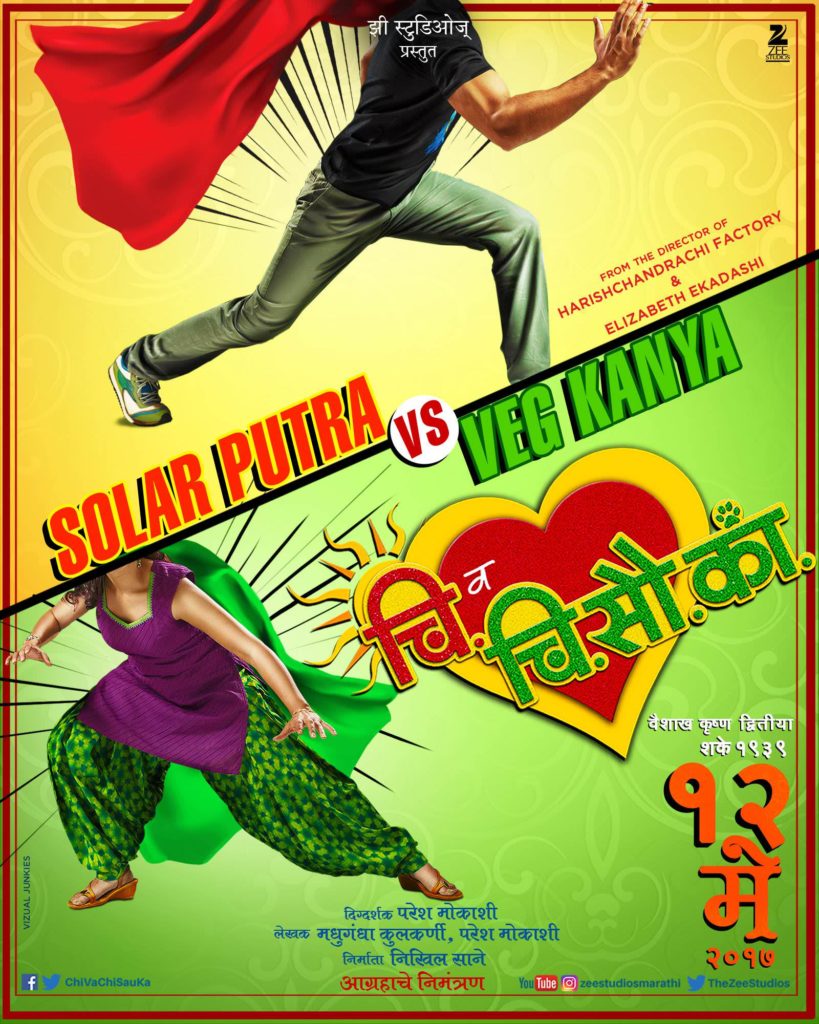 The release date has also been revealed & it’s 12th May. The film is written by Paresh Mokashi & Madhugandha Kulkarni. Who also wrote Mokashi’s Elizabeth Ekadashi alongside him. Paresh Mokashi is famous for his slice of life, light-hearted humour, but here he seems to be experimenting with something excitingly new.