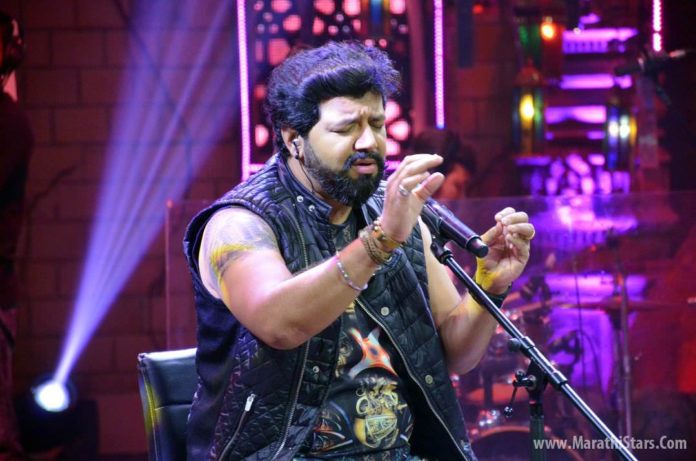 Many a times we tend to underrate a song which is popular & became a hugely loved dance number. Avdhoot Gupte’s first big hit song ‘Aika Dajiba’ was one such song. Though it’s a fabulous dance number, but there’s more to it.

In Zee Yuva’s ‘Sargam’ Avdhoot presented the more soothing, deeper version of his hit song ‘Aika Dajiba’. This unplugged version as Avdhoot describes has pathos & an emotion of sadness. And the rendition did express all that. Avdhoot revealed how the lyrics tolled a different story. This song could well be a story of a bar-dancer, Tamasha artist or any girl who wishes to marry.

The first episode went on air 29th March 9pm & the second is slated for 30th March. Don’t miss this episode as Avdhoot will continue presenting his soulful songs. Avdhhoot also revealed his first experience of composing music for a film & how it gave him goosebumps. The film was Bharat Jadhav, Jitendra Joshi & Amruta Khanwilkar starrer ‘Golmaal’ then on Avdhoot became more passionate for composing film music.